In the last episode of Tehran Season 2, Faraz was scared about the exchange and threatened a witness with a revolver who he believes knows something about Tamar. And Ali advised Faraz to take Nahid to a mental health facility, citing his own problems. However, the next episode will bring more drama as Marjan will go to new lengths to stop Faraz in Tehran Season 2 Episode 3.

What Will Happen In Tehran Season 2 Episode 3?

The upcoming episode in the second season of Tehran, written by Moshe Zonder & Omri Shenhar, is titled “Moshe Zonder & Omri Shenhar.” Thanks to the official synopsis released by Apple TV, we do have a glimpse of what’s next to come in the episode. In the next episode, Marjan will take a dangerous step out of his desperation to stop Faraz from causing further harm to his plans. On the other hand, in her attempt to get to General Qasemi, Tamar will find a way to get close to Mohammadi.

Meanwhile, here’s the official synopsis of the episode, “Determined to neutralize Faraz, Marjan makes a risky move. Tamar finds a way to get closer to Mohammadi. Milad begins behaving irresponsibly.”

The second episode of Tehran Season 2 was titled Change Of Plan. In the episode, we saw Tamar’s devastating reaction to the vicious murders of her uncle and aunt. On the other hand, Faraz was following Milad, and he told Ali to surprise him. However, Milad managed to run away when Tamar came, and they both escaped, but not before Faraz had seen both of them. Tamar was reluctant to go because she blamed herself for the killings.

On the other hand, Milad was told to depart and that she will see him in Canada. He will not, predictably, depart. Faraz received a visit from General Qasem while at home with his wife, Nahid, who was growing increasingly unstable by the second. Marjan met Tamar in the meanwhile. Marjan had thought that she would never see her again. She also mentioned that she had lost loved ones. Tamar said that she didn’t get in the truck, which piqued her interest.

However, she did have a strategy to reach General Qasem. She will get close to his son, Vahid and use him to get access to General Qasem. In the end, Marjan dialed Yulia’s number. Tamar, she believed, was more motivated than anybody she’s ever met. However, Yulia had two issues. Faraz came first. And they had to put a stop to it. Milad, second. Yulia claimed that he put them all at risk when he is around.

When And Where To Watch Tehran Season 2 Episode 3?

The last episode of Tehran Season 3 releases on May 6, 2022. Meanwhile, fans have been waiting for a week to get more of the weekly dose of action in the Apple TV+ drama. And the wait is almost over; Tehran Season 2 Episode 3 is returning to our screens in a few short hours. If you wanna watch the episode, you can watch it on Apple TV+ Friday, May 13. The streaming platform can be accessed with a membership fee of 4.99 dollars per month in the USA. 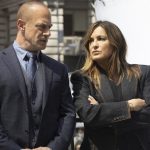