Nina and Tiffany will find themselves in a problematic situation in FBI Season 4 Episode 21. The team will deal with a challenging case that will affect their mental peace. After learning about the DEA agent’s death, the team will closely investigate the case. However, the clue they will learn will indeed create a mess. Meanwhile, Nina will continue to play a pivotal role in the upcoming episode. Keep reading to know more.

FBI Season 4 Episode 21 Preview: What Will Happen Next?

We are inching closer to the season’s finale, and now the penultimate episode will set the stage for a big ride. In FBI Season 4 Episode 21, the team will deal with a challenging case. Nina Chase will continue to stay OA’s partner in the upcoming episode. It looks like fans will see Maggie only in the upcoming season.

As per the synopsis, the task force will deal with a retired DEA agent case. Someone shot the DEA agent outside a bakery. Now the team is working on a mission to find the murderer. They suspected a bouncer and believed he had some connection with the murder. Meanwhile, Tiffany and Nina argue about whether they need to use an informant in this case.

In the previous episode, the TSA agent met with two shady men. Her boss suspected her and asked to return the money. She did but asked a few days to sell the new Mustang. But when she turned to leave, they shot her. Later the team tracked her to a Mediterranean restaurant. Meanwhile, OA was surprised to see his former partner with whom he had deployed in Afghanistan.

After then, OA and Chase went to the restaurant for a case. But after Chase noticed a red string on OA’s finger, he asked him what that stands for. So, OA explained that it was his friend’s 10th death anniversary. So the army buddies visited his grave and tied this string to pay him tribute.

Suddenly OA saw a man and decided to follow him. He chased him to the restaurant, but he was gone before he could catch him. Chase confronted OA about this situation, where OA revealed that the person was Tamir Hazara. At the office, Chase discussed OA’s situation with Valentine. She felt bad for OA as she knew he had been struggling with his friend’s death caused by sarin gas poisoning, and now Maggie being MIA because of the same poison. Meanwhile, the team watched the footage covering where a TSA agent allowed a person to slip drugs, so they decided to chat with the agent.

FBI Season 4 Episode 21 will premiere on May 17, 2022, at 8 pm ET only on CBS. It will be the penultimate episode of this season, which will build some suspense for the finale. The finale will air next Tuesday on CBS. You can also stream it on Paramount+ or the CBS app. Further, the show is available on FuboTV, DirecTV, Google Play, and YouTube TV. Stay tuned. TechRadar247 will keep you updated. 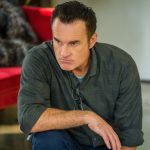