We are moving closer to the season finale, and it will finally reveal the fate of many characters. In NCIS: Los Angeles Season 13 Episode 22, Kensi and Deeks will finally proceed with their adoption process. It will be a big day for the couple. Meanwhile, the crew will work on a deadly mission. Things will be quite tricky while Callen will be busy with some personal work. Keep reading to know more.

NCIS: Los Angeles Season 13 Episode 22 Preview: What Will Happen Next?

It looks like Kensi and Deeks will finally finalize their option. In the previous episode, they completed paperwork and now will head to adopt their first child. It will be a big moment for the couple, and they will celebrate this moment with everyone. Callen will finally reunite with Anna, and the Katya drama will be over for good. But it remained unclear who shot Katya and what it had to do with the mob. But it looks like in NCIS: Los Angeles Season 13 Episode 22, the couple will focus on themselves more than anything.

Callen will finally make a big call related to his relationship with Anna. Apart from this, the NCIS team will work on a new case. They will search for a crew that robs a LA casino. But surprisingly, the armed robbery they did with military-grade power. It will ultimately grab the NCIS team’s attention. Further, it seems like it has some connection with Katya’s murder.

In the previous episode, Katya set up a plan to cajole Callen. But her plan didn’t go well as the team decoded the secret codes from each phone call when Callen ignored Sam’s hint. So he called him to find out about the hint. They later learned that Katya was spying on them and had ideas about all of their cases.

Sam showed up, but Callen wasn’t there. And the team learned that Sam had entered a separate building. They looked up at the building, but it was completely deserted. After the team helped to reconnect the power, Fatima learned that Katya had Callen. They transferred him to a different location.

In NCIS: Los Angeles Season 13 Episode 21, Callen told Katya that she never meant for love as she wanted to take revenge on the one she once loved the most. However, Callen was working on a different mission. He wanted to bring Howard Pembrooke down, who was torturing the children in the program’s name to make them an ideal soldier. So, Katya asked him to help her in killing Pembrooke and also help her escape. Later Katya underwent plastic surgery and went on an undercover mission.

NCIS: Los Angeles Season 13 Episode 22, titled “Come Together,” will air on May 22, 2022, at 9 pm ET/PT only on CBS Television Network. It will mark the end of this season. But before wrapping it up, we might learn about the mystery behind Katya’s death. Further, it will also reveal the fate of Callen and Anna. Stay tuned. TechRadar247 will keep you updated. 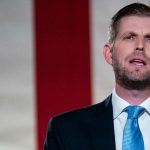