Amazon Prime’s sci-fi series starring J.K. Simmions has been making heads turn with the release of its first season. The show created by Holden Miller and Daniel C. Connolly has garnered widespread critical acclaim. Now, fans are waiting for Night Sky Season 2. But is it really happening? Let us find that out below-

The drama series revolves around an elderly couple, Franklin and Irene York. They have kept a big secret hidden from their family and friends, i.e., the secret chamber beneath their house, which is a portal to an alien planet.

The first season of Night Sky premiered on Amazon Prime Video on May 20, 2022. And unfortunately, there has not been any announcement yet from Amazon prime or the show’s producers. However, cast member Sissy Spacek during an interview, said, “I sometimes lay in bed at night thinking ‘where will this go?’ At this point, I have no idea. Will it start from right where we left off, or will there be a time jump? I’ve racked my brain to figure out what it could be.”

She further continued, “I just hope we find a way to make it all mean something bigger.” On the other hand, there is also room for the story the continue in the second season. But fans will have to wait for an official announcement for confirmation.

What Can We Expect From Night Sky Season 2?

Sissy Spacek and J.K. Simmons star in Night Sky as an old couple who find a mysterious passage to an unknown planet in their backyard. After decades of keeping this secret hidden, their lives are turned upside down when they meet an equally enigmatic young man on a planet previously thought to be desolate.

At the end of the first season, Jude and Franklin suppressed Cornelius with the help of Stella and Toni. Meanwhile, Jude and Denise left to look for Jude’s father. They travel to Bangkok through the chamber. Hannah and her folks come to take up Stella, Toni, and Cornelius. Franklin and Irene realize that the alien world is inhabited and contains breathing air.

When the series returns with Night Sky Season 2, it will likely continue the story after the events of the first season. The second season will reveal whether or not Byron managed to survive. The actual motivation of Hannah and her family will be revealed. On the other hand, Franklin and Irene are likely to discover the alien city’s secrets, and Jude may be reunited with his father.

The cast of the show also features O’Brien as Michael, Lily Cardone as Young Irene, Lowrey Brown playing Young Franklin, and Piotr Adamczyk as Cornelius. If the series returns with Night Sky Season 2, we can expect the show to bring back the majority of the main cast members. At the same time, there might also be some new additions to the cast in season 2.

Also Read The Kids In The Hall Season 2: Has Amazon Prime Renewed The Series? 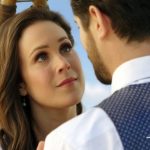 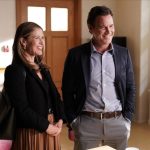