Wrong Side Of The Tracks, originally titled as Entrevías, is a Spanish crime drama show that dropped on Netflix last week. The series created by David Bermejo follows an army vet named Tirso Abantos and his granddaughter Irene. Due to the strange turn of events, they get involved with a drug dealer Sandro. The first season ended with several unanswered questions, so fans are waiting for Wrong Side of the Tracks Season 2. But is it coming? Let’s find out!

Has the Show Been Renewed?

The entire first season of the crime drama series premiered to the United States audience on May 20, 2022, on Netflix. Now, as far as the prospect of the second season is concerned, we have some exciting news for the fans. In the home country of Spain, the series has been greenlit for a second installment by Telecinco network.

The renewal came soon after the conclusion of the first season on March 22, 2022. Although Netflix has not shared any word yet about the next season yet, it is just a matter of time before it does. Meanwhile, there is no confirmed date for the return of the show’s second season on-screen. However, we assume if things go as per schedule, we might get the second season as early as the first quarter of 2023.

Wrong Side Of the Tracks Season 2: What’s Next?

Ezequiel and Amanda teamed up at the end of the first season to learn more about the spooky Phantom. Meanwhile, Amanda promised full immunity to Ezequiel if he rejoins Sandro’s crew as a spy. However, Sandro doubted that Ezequiel was a spy, so he tried to kill him. But, before he could succeed in his attempt, Nate and Nelson took Sandro down. Sandro’s henchman targetted Tirso, but Gladys came in the way to protect Tirso and got stabbed and was taken to the hospital.

The second season will continue the story after the events of the first season. The season may focus on Tirso’s life after Irene is gone and Santi has taken over the hardware shop. On the other hand, Amanda will be investigating a series of rapes while Tirso attempts to discover who assaulted Irene. Even though Irene and Nelson parted ways in the first season, they could look past each other. Therefore, we might see them getting together once again.

Prominent cast members in the Spanish crime drama include Jose Coronado in the role of Tirso Abantos, Nona Sobo appearing as Irene, and Felipe Londoño playing Nelson. The show also stars Laura Ramos as Gladys, Manolo Caro portraying Sanchís, and Manuel Tallafé in the role of Pepe. Furthermore, in the cast we also have Itziar Atienza as Amanda, María de Nati enacting Nata, and Miguel Ángel Jiménez as Santi.

Also, Luis Zahera plays Ezequiel and Maria Molins appears as Jimena. When the show returns with Wrong Side Season 2, we might see the return of the majority of the main cast members. On the flip side, the second season of the show could also introduce some new faces. 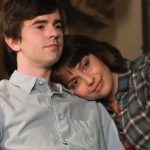 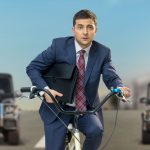