The last episode of Barry Season 3 was full of ups and downs for the character. On the one hand, the situation between Barry and Gene improved. On the other things between him and Sally have gone worse from bad. Now, fans are waiting for where things will go down in Barry Season 3 Episode 6.

What To Expect From Barry Season 3 Episode 6?

Sadly, there is no summary released for the upcoming episode. However, there are a few things we can assume from the next episode. In the next episode, we can expect Fuches to keep sending the family members of the people Barry has killed after him.

Moreover, as the hit on the flower shop was live streamed in Chechnya, so we might see the Chechen mafia retaliate against the Bolivians. On the other hand, Barry’s life keeps getting harder as he is dealing with mental issues and loneliness. And now his marine days’ mate Albert is working with the FBI to catch the killer of Janice Moss. Nonetheless, we can expect the episode to keep up the show’s crude brand of humor and dark comedy.

What Happened In The Previous Episode?

The fifth episode of Barry Season 3 was titled “Crazytimesh*tshow.” The episode started with Barry’s old army mate joining the investigation of Moss’s murder. Meanwhile, Barry was dealing with the aftermath of Sally Leaving him. After talking to Hank and Cristobal, barry tried to win back Sally, who was devasted after the network canceled her show as it was not doing well according to the algorithm.

However, his idea to threaten the channel head did not land well with Sally, and she kicked him out again. On the other hand, Cristobal’s wife, Elena, came to LA. Furious from the death of her father, Elena orchestrated a hit on the Chechen flower shop. And the attack was live streamed to Chechen mafias by Batir. Also, her Bolivian men took Cristobal to her.

Meanwhile, Fuches was busy executing his plans against Barry. A mother and son duo whom Fuches instigated to kill Barry reached Sally’s home. But as Barry got out, the mother accidentally shot her son and both away in the car.

When And Where To Watch Barry Season 3 Episode 6?

Fans have been waiting for the sixth episode of Barry Season 3 ever since ‘crazytimesh*tshow’ aired on May 22, 2022. Now, their wait is about to come to an end as we are only a few hours from the premiere of the episode. Barry Season 3 Episode 6 will premiere on HBO on May 29, 2022. Fans can catch the premiere on the HBO network at 10 pm EST in the United States. 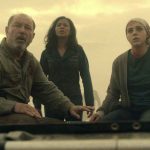 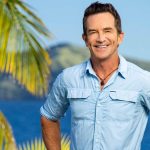