The first season of The Outlaws closed with the misfit bunch cheerfully going about their community service after letting Ben off the hook. But there are plenty of loose ends to be explored in The Outlaws Season 2. Further, as fans are approaching closer to the sophomore installment of the series, the network has released the trailer.

BBC’s The Outlaws is a fascinating black comedy crime drama that debuted in 2021. The series developed by Stephen Merchant and Elgin James revolves around a bunch of seven criminals, all brought together by common court-mandated community service.

In the inaugural season of the show, Ben seized a fat dough from The Dean, the leader of a rival gang. Later on, we found out that The Dean is under the protection of the Brookhill Crew of Ben’s home turf. Malaki explained that due to the shortage of money, he was not getting his share in the business. Meanwhile, Spider was shot by Esme. And Ben took her to a hotel to calm down.

But luckily, the gang managed to catch Ben just in time, and they revealed everything to detective Lucy Haines. Ben confessed to all his crimes and agreed to go the prison. However, Spider luckily survived the gunshot. As a result, Diane and Ben got away with just 100 more hours of community service. The season ended with Frank continuing to whitewash over a Banksy mural.

When The Outlaws Season 2 aires, it will likely give us some closure about Ben and Rani while they get closer to each other. Meanwhile, Esme might finally comprehend the consequences of her actions. We might see her reappearing for the exam that she missed the first time. On the other hand, Ben will reunite with his unwell mother. In addition, we will see whether or not Gabby organizes her music festival. Lastly, Frank may have another change of heart in the coming season.

The first season of The Outlaws premiered in the United Kingdom on the BBC network from October 25, 2021, to November 22, 2021. On the other hand, fans will be glad to know that the network renewed the series for The Outlaws Season 2 in January 2021, even before the inaugural season. Now, BBC has revealed the release date for the upcoming The Outlaws Season 2 along with a trailer on Youtube.

The official summary of the season states, “Following on directly from the first series, The Outlaws still have time to serve on their sentences. But now they must face the fallout from their actions. If they thought the criminal underworld or the local police were done with them, they are sorely mistaken. “

Viewers also see Nina Wadia as Shanthi Rekowski, Tom Hanson as Spencer, Aiyana Goodfellow portraying Esme, and Gyuri Sarossy as Jerzy Rekowski. The cast also features James Nelson-Joyce, Claes Bang, and Grace Calder, among a few other cast members. Upon the return of The Outlaws Season 2, most of these cast members will be back in their roles. In addition, we may also see some new cast members in the second season. 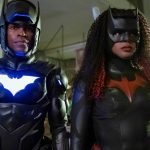 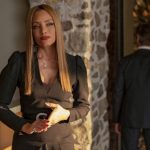