Get ready to see some old yet classic cars on the road in Top Gear Season 32 Episode 1. The long-running motor show will return this weekend and surprise the fans with some local motorsports. Now the hosts will return to flying across the country to trek and search for some motorsport. Keep reading to know more.

Top Gear Season 32 Episode 1 Preview: What Will Happen Next?

Flintoff, McGuinness, and Harris are back to travel to Florida in Top Gear Season 32 Episode 1. The presenters will drive an RV on the roads of the US state’s swampy Everglades. In search of new and challenging local motorsports. Flintoff will also transform a Sinclair C5. He will change it to bobsleigh in Norway. Meanwhile, the rest of the team will be busy sampling some classic TV cop cars.

In the first season, the presenters overviewed the track and decided to choose the Aston Vantage F1 Edition. McGuinness selected the Alfa Romeo Giulia GTAm and refused to go with Porsche 911 GT3. Later in the season, they headed to Northumberland to check the future of caravanning. They decided to go with electric SUVs on a road trip to Barnard Castle. After then, McGuiness and Harris went on an Icelandic expedition in second-hand British cars.

They also participated in traditional Icelandic activities before competing against The Sting in a race to the rim of the Hekla Volcano. As the season moved ahead, Flintoff took a driving test for his license, and then he raced with Harris during a British GT series race in Ginetta G55. Later the presenters had difficulty finding their car, so they decided to use classic cars that could be insured for under 7000 euros. The presenters gifted each other Christmas presents- second-hand classical cars in the finale.

Top Gear Season 32 Episode 1 will air on June 5, 2022, at 8 pm only on BBC One. The all-new episode follows a weekly release pattern airing every Sunday night. You can also stream Top Geao on BBC iPlayer. Further, the show is available on live-streaming platforms such as Fubo TV, Sling TV, DirecTV, and YouTube TV. Stay tuned. TechRadar247 will keep you updated. 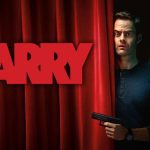 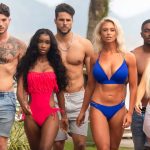