Zendaya is one of those millennial celebrities who does not need any description. Born in 1996, Zendaya Maree Stoermer Coleman is an American Hollywood actress who has appeared in several movies, music videos, and tv series. But her most famous role in recent times came as MCU’s MJ. She has been flying high in her short career. However, fans are generally more interested in the love life of the actress. So let’s take a look at Zendaya shared her time in the past years.

Zendaya is easily one of the most desirable actresses not just in the masses but also in Hollywood. And Zendaya’s dating life has been a testimont of it. Zendaya’s first public relationship was with singer and songwriter Trevor Jackson. The couple started dating in September 2012, and they were together for four years. However, they parted ways in May 2016. After her breakup with Trevor, Zendaya was romantically linked to American football wide receiver Odell Beckham Jr. in late 2016. However, the romance did not last long. Soon they were parted.

Moreover, in 2019 Zendaya met Jacob Elordi while shooting for HBO’s Euphoria. The couple soon fell in love, and they started dating each other in August 2019. They were spotted together on several occasions, including kissing each other. However, they were last seen together and March 2020. And since then, they have drifted away.

The most recent and ongoing romance in Zendaya’s life is with her Spiderman co-star Tom Holland. The pair met on the set of MCU’s Spiderman Homecoming. There were rumors of the couple dating in 2017. However, they kept denying it for a long time. Meanwhile, their relationship was confirmed in July 2021, when they were seen kissing each other in a car at a traffic light.

Zendaya started her formal career as a model for well-known companies, including Macy’s, Mervyns, and Old Navy. In addition, she has been seen in an iCarly toy commercial. She later appeared as a backup dancer in Selena Gomez’s music video for “Sears Arrive.” Zendaya was also featured in the Kidz Bop sequence “Hot N Cold” in 2009. Aside from that, she was known for the songs “Leave Me Alone,” “Shake It Up,” “Swag It Out,” “Watch Me,” and others, which helped her gain prominence.

In 2012, she made her cinematic debut with “Frenemies,” which was followed by her turn in “Something To Dance For.” That same year, she signed with “Hollywood Records.” She continued to compete in “Dancing With The Stars” in the 16th season in 2013. “Replay” and another self-titled song were also released in 2013. Zendaya has largely concentrated on acting since the year 2014. “Zapped,” “Super Awesome Katy,” and “K. C. Undercover” were among the films in which she starred. In 2016, she appeared in MCU’s Spiderman Homecoming, and in 2019, she appeared in Spiderman Far From Home. Zendaya has also achieved success with HBO’s teen drama series Euphoria. 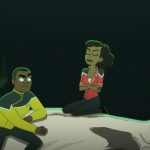 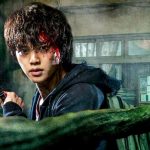