Whether it be Stranger Things or The Umbrella Academy, Netflix has moved in the right direction in the young adult supernatural and fantasy shows. And another gem in the genre is Netflix Locke & Key. The first two seasons of the show have been widely well-received. Thus, fans have been counting the days for Locke & Key Season 3 ever since it was confirmed.

Created by Joe Hill and Gabriel Rodríguez, Netflix’s Locke & Key is a supernatural teen horror drama based on a comic book series of the same name. The show debuted on Netflix in 2020. The series follows the Locke family. They move into their ancestral home, which is filled with magical keys and mystical beings.

What To Expect From Locke & Key Season 3?

Locke & Key’s second season has gone beyond the graphic book and is now striking its path. Even though the season’s major villain, Dodge, was defeated, Eden utilized the Echo Key to resurrect Captain Frederick Gideon. The first demon to pass through the portal possessed Gideon, a British soldier. And he was one of the most ruthless people in the Revolutionary War in America.

Eden was taken aback when she recognized the demon inhabiting Gideon, who appeared to be one of the most powerful entities in the demon realm. Despite this, she lacked the foresight to recognize she couldn’t manage him. She was eventually thrown into the identical well from which she had called Gideon, probably to her death. Season 3 of Locke & Key will examine the ramifications of Gideon’s reappearance.

Dodge was the main villain of Locke & Key seasons 1 and 2. This demon was unwittingly allowed into this world by the original Keepers of the Keys. Elle summoned him as an Echo in the present day. In Locke & Key season 2, we saw Tyler use the Alpha Key on Dodge, separating the demon from its host and thereby freeing Lucas.

Although the process of liberating a demon-possessed host is fatal to ordinary humans. Lucas was just an Echo and therefore survived the experience. This presumably means Dodge has been destroyed, but it’s important to remember Dodge is an echo as well; demons may not normally be able to survive in this world without hosts, but that may not still hold true for Dodge.

The second season of Locke & Key premiered on October 20, 2021. On the other hand, as far as Locke & Key Season 2 is concerned, fans of the show already know the show was renewed by Netflix a while ago. The program was renewed for a second and third season, allowing creator Carlton Cuse to develop a larger story arc.

According to sources, filming for Locke & Key Season 3 began in May 2021 and will be completed in September. Meanwhile, it is also noteworthy that the third season is set to conclude the saga, and the show will end after three seasons. Season 3 is set to release on Netflix on August 10, 2022.

Also Read Dark Desire Season 3: Renewed By Netflix? Is Spinoff On The Horizon? Find Out Here 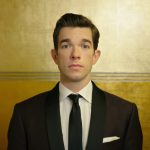 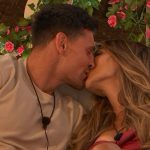