The fourth season of Showtime’s The Chi was full of ups and downs for the characters. Emmett and Tiffany’s relationship was in a difficult spot, and fans can’t help but wonders what the future has in store for the two in The Chi Season 5.

The Chi is a critically acclaimed drama series created by Lena Waithe. It debuted on Showtime in 2018 and followed the lives of a group of people living in the southern part of Chicago.

The fourth season of The Chi aired on Showtime from May 23, 2021, to August 1, 2021. Meanwhile, just one day later, fans received the good news regarding the fifth season of the series. Showtime greenlit The Chi Season 5 on August 2, 2021. Showrunner Lena Whaite confirmed the news during a video chat with fellow cast members on her official Instagram handle.

At the end of the fourth season of the series, Tiffany told Emmett that she did not want an open relationship and wanted that both of them commit to each other. However, she couldn’t walk the talk. Meanwhile, Trig found the video footage of what Douda did to Marcus and warned them to expose his actions in front of the public. On the other hand, Douda fled from the town, and Marcus made it out alive. Also, we saw Roselyn had taken over as interim Mayor in Douda’s absence.

Upon the return of the show with The Chi Season 5, the narrative will move forward from where the fourth season left off. We will see where the relationship between Emmett and Tiffany is headed. On the other hand, even though Douda has left the town, there is very little chance that he will be gone for long in the fifth season. Moreover, Rosalyn will face challenges while trying to hold on to Mayor’s position. Meanwhile, the interaction between the community and the police might also be one of the themes in the next season. We will probably witness people dealing with their troubles alone because the show is mostly about the community.

Why Emmett Is A Fan-Favorite?

We can occasionally disagree on our thoughts about Emmett. He occasionally acts honorably, such as showing genuine concern for Emmett Jr., which makes you worry about his other children. And when does he genuinely choose to mature? Although he has good intentions, there is a sense of uncertainty about his personality.

Emmett embodies the hustler ideal. He always finds a way to accomplish his objectives without stepping too far outside of the bounds. He will obtain what he wants. He has a sharp mind and perhaps has the wittiest personality of any The Chi character.

Also The Offer Season 2: Has Paramount Renewed The Series? What Are The Chances? 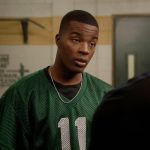 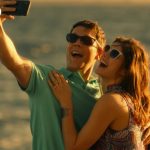