Joker and Harley Quin are among the most popular DC villains of all time. There have been countless iterations of the characters. Ever since the second season of the animated series premiered, fans have been waiting for Harley Quinn Season 3. Now we have the trailer and the release date for the season.

DC Universe’s Harley Quinn is an animated series that follows the adventures of the titular character after she gets out of her toxic relationship with the clown prince of crime and goes on to new adventures.

The Trailer Is Here!

As we are heading closer to the release date of the upcoming third season of the Harley Quinn Season, HBO Max has released the trailer for the season. In the trailer, Harley and Ivy can be seen breaking their buddies out of jail while continuing to enjoy their Eat Bang Kill tour. The Eat Bang Kill Tour for the two may continue and take them abroad. They visit far-flung locales like Paris, and escape Arkham Asylum with their comrades. And take on Amanda Waller, commander of the Suicide Squad. The Court of Owls is also seen in the teaser organizing an orgy that Harley and Ivy attend for an unclear reason.

Will Bane Get His Revenge In Harley Quinn Season 3?

It seems that the cool-headed but quickly irritated villain hasn’t been able to move on from what they accomplished after leaving Bane’s prison, The Pit. Despite his incredible power and enormous size, he has been made fun of by both heroes and other villains throughout both seasons; perhaps this is the time for him to confront them.

And that is exactly how it appears in the third season’s DC Fandom reveal. He seems to have broken into Ivy’s apartment, and he uses the venom to enlarge himself in front of Harley and her pals. Fans will simply have to wait and watch, hopefully not for too long, whether he follows through with his plans.

What Does The Court Of Owl Want?

Most comic book enthusiasts are familiar with The Court of Owls since it is unlike anything they have ever seen. They control the city and even send their trained assassins to assassinate anybody who stands in their way. A hidden organization in Gotham. But given how evil and serious they are, it seems impossible that they could be a part of a comedic series. The third season of Harley Quinn has viewers confused as to why the Courts are acting the way they are. 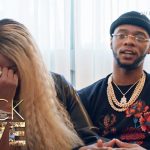 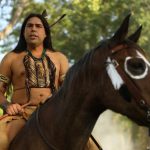