The ending of the second season of See has left the fans on the edge of their seats. The war broke out between the Payans and the Trivantians, with the Trivantians having the upper hand. Now, as the trailer has been revealed for See Season 3, the fans are excited about the third season.

Apple Tv+’s See is a dystopian drama series created by Peaky Blinders’ fame Steven Knight. The show takes place in a world where a virus almost wiped out all of humanity. Those that survived lost their sight and have done so for many generations.

At the end of June 29, 2022, Apple Tv+ unveiled the trailer for the upcoming season of the gritty dystopian drama series. Momoa’s Baba Voss makes a comeback in the trailer for the final season to defend his wife, Maghra. Moreover, they protected their adoptive kids, Kofun and Haniwa, against brand-new dangers that a Trivantian scientist had unleashed.

The upcoming season will include Edo Voss, played by Dave Bautista, as shown in the teaser. About a year has passed after the events of season 2 when the new season begins. We witnessed Baba seemingly outwitting his younger brother’s vengeance before he fled with his family to live alone in the woods. Baba will have to go back to the Payan kingdom in the upcoming season to save his family when an unidentified Trivantian scientist creates a new type of “sighted weapons” that endangers humanity’s own existence. The film suggests that these weapons are some trebuchet-launched explosive fire bombs.

The new teaser suggests that Baba’s archenemy brother will return in season 3 in some way as he pursues his vendetta or perhaps partners up with Baba to combat the bigger menace. See Season 3 seems to be going all out in terms of exciting action. But Edo’s return assures that the program will still give the audience the true feeling they have grown to anticipate.

Who Will Star In See See Season 3?

Furthermore, Eden Epstein as Wren, Joshua Henry portrays Jerlamarel, and Dayo Okeniyi appears as Oloman. In addition, Damaris Lewis plays Sheva, Jessica Harper essays Cora, and Franz Drameh appears as Boots. When the series returns with See Season 3, most of the main cast members are expected to return in their roles. At the same time, there might also be some new characters in the second season.

The second season of See premiered on Apple TV+ on August 27, 2021, and it came to an end on October 15, 2021. Meanwhile, fans are aware that Apple Tv+ had already renewed the show for a third season in June 2021. The production of the second season wrapped up in October 2022, as per the reports. And the release date of the third season was revealed when the trailer was released on June 29, 2022. See Season 3 is set to premiere on August 26, 2022, on Apple TV+. 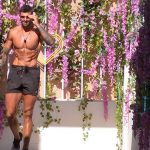