Love Island Season 8 Episode 37: What Will Happen Next?

Further, this new boy will create a mess in many couple’s life. As for Davide and Ekin-Su, they will continue to know each other more. Things will be peaceful in their life. But the other couples will deal with a challenging situation.

Previously in Love Island Season 8 Episode 36, Tasha gushed about the night she shared with Billy. After learning what Andrew talked about on her back, she decided to move on. But Andrew had difficulty dealing with the mess. He wanted another chance to stay with Tasha. But she rejected it and also returned his ring. Jacques and Paige were dealing with the same situation. Paige decided to stay away from Jacques, who couldn’t stay without her.

He talked to Luca and Dami about his feelings for Paige and didn’t want to lose her. But Paige was pissed off after learning that Jacques shared a bed with Molly. Dami and Indiyah talked about their feelings for each other on the day bed. Dami wanted to win her back, but things weren’t that simple. Later Indiyah told him that they were done now and left him alone. The elimination round began the following night, where Dami and Summer and Jay and Cheyanne got the fewest vote.

Love Island Season 8 Episode 37 will air on July 12, 2022, at 9 pm GMT. The all-new episodes air every day except Saturdays. You can also stream it on ITVhub+, while the US audience can watch the show on Hulu. Stay tuned. TechRadar247 will keep you updated. 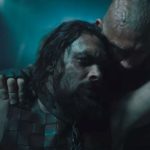 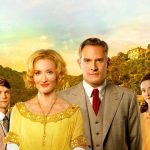