The first season of the crime drama-thriller series you Don’t Know Me premiered on Netflix last month. However, the conclusion of the season left fans with several unanswered questions. So, now, they are waiting for You Don’t Know Me Season 2. But will the show ever return? Let us find that out-

Created by Sarmad Masud, Netflix’s You Don’t Know Me is a crime thriller drama series based on Imran Mahmood’s book of the same name. The show follows The Defendant, who is accused of murdering a drug dealer. But is it the entire truth?

You Don’t Know Me Season 2: Is It Renewed?

The first season of You Don’t Know Me premiered on June 17, 2022, on streaming giant Netflix. Meanwhile, talking about the prospect of You Don’t Know Me Season 2, there has not been any confirmation about the show’s future yet. Moreover, we know that the first season of the show was based on a crime thriller novel of the same name. The first season has concluded the novel, and there is no sequel to the book. Thus, there is no clarity on whether the maker will decide the move ahead or not. So, we will have to wait for confirmation from the makers of the show.

What To Expect From You Don’t Know Me Season 2?

At the end of the first season, viewers learn that Bless is the one who shot and killed Jamil. In all likelihood, Face is also dead, and Curt and Kyra went on the run. Meanwhile, Defendant turned himself to the authorities and took the blame for the death of Jamil. Before she departed, Kyra assured Defendant that if he was unable to obtain freedom in any other manner, he would hold her accountable for the crimes. The Defendant visualizes receiving a conviction or acquittal sentence. Ahead of the jury’s judgment announcement, the series closes in an uncertain manner.

When the story returns with You Don’t Know Me Season 2, it will continue the story after the events of the first season. We may see the next chapter in Defendant and Kyra’s story. We could discover that the Defendant is out on the streets looking for Kyra. He may perhaps have to Bless with him while looking. The closest friend she has is Kyra, after all. All I Said Was True or “I Know What I Saw” are the two options if Mahmood’s other works are adapted.

Who Will Star In You Don’t Know Me Season 2?

You Don’t Know Me stars Samuel Adewunmi in the role of the Defendant, Sophie Wilde as Kyra, and Bukky Bakray playing Bless. Meanwhile, the series also features Roger Jean Nsengiyumva playing Jamil, Tuwaine Barrett in the role of Curt, and Yetunde Oduwole as Adebi. We also see Michael Balogun as Face and Miss Mahmood playing Badria Timmi. Apart from the mentioned names, there are also some new other actors in small roles. When the series returns with You Don’t Know Me Season 2, we are likely to see most of the main cast members to be back in their roles.

Also Read First Kill Season 2: Has Netflix Renewed The Show? What Will Happen Next? 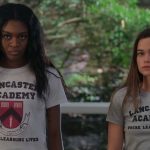 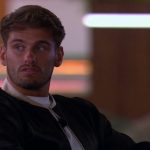