With a heavy heart, Paige said a final goodbye to her partner Jacques, and now she will be the new single in Love Island Season 8 Episode 38. Tasha will remain in a chaotic situation. However, Billy will support her through her thick and thin. Dami will also ask for his second chance. But it remains unclear whether Indiyah will give him a second chance. Meanwhile, the other couples will enjoy their time together in the villa. Keep reading to know more.

Love Island Season 8 Episode 38: What Will Happen Next?

Jacques couldn’t deal with it anymore and decided to leave the villa at the end of the 37th episode. Well, Paige is single now. But Jacques had already told her he would wait for her outside the villa. So it remains on Paige whether she will settle down with Adam or remain loyal to Jacques. As for Billy, he will try to comfort Tasha, which will upset Andrew. So, he will pull Tasha for a chat, and she might voice her feelings.

Meanwhile, Danica and Adam will continue to bond, leaving Josh behind. Luca and Gemma will be happy with each other, as well as Davide and Ekin-Su. Meanwhile, Dami will ask for his last chance, and it seems like in Love Island Season 8 Episode 38, Indiyah will choose her feelings over anything.

In the previous episode, Jay and Cheyanne left the villa. Girls remained surprised to see the new boy in the villa. This was none other than Adam Collard, the ex-Love Islander. He pulled Danica for a chat, and later everyone gathered near the fire pit. Later Tasha told Andrew that Adam talked about him. Jacques mocked it, but Gemma revealed that Adam had said something about him. Furious, Jacques went to have a word with Paige, who was with Billy at the time. Paige revealed that Adam had commented on Jacques’ immaturity and told her he was like this when he was younger. It made him angrier.

Paige tried to calm Jacques down. But he was ready for a fight with Adam. Later, Jacques sat with Josh and Deji and told them about Adam’s game. Adam then joined him, and Jacques grilled him about his plan. But Luca called Jacques for a chat. Luca mocked that he didn’t think Adam would settle down so early and helped Jacques calm down. Soon Luca spoke to Adam. Later that night, Andrew and Tasha patched up as she decided to give him another chance. But Billy noticed her crying as she said she was scared of Andrew.

Love Island Season 8 Episode 38 will air on July 13, 2022, at 9 pm GMT on ITV2. The all-new episodes air every day except Saturdays. You can also stream it on ITVhub+. Love Island is also available to stream on Hulu. Stay tuned. TechRadar247 will keep you updated. 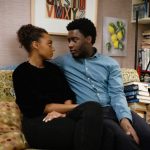 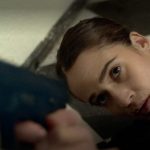