Love Island USA is back to entertain you with steamy flirtation and cozy moments this summer. Now in Love Island Season 4 Episode 2, things will be intense. The islanders have to find a way to select their partners. But it won’t be an easy ride. They will find themselves in a challenging position. Keep reading to know more.

Love Island Season 4 Episode 2: What Will Happen Next?

The islanders will spend some time getting to know each other. They will meet with new partners and have a word with them so they can decide whether they are compatible or not. However, a spicy game is waiting for them. Soon they will introduce some new members, creating a mess around them. Will the islanders find a way to deal with this situation? Meanwhile, someone will leave the villa soon in Love Island Season 4 Episode 2.

The previous episode opened up with a bang where Sarah Hyland replaced Arielle Vandenberg. It was a bit surprising for a lot of Arielle’s fans, but they had to bear it from now. Sarah fans were glad to see her there, and she introduced them to the villa. It was insanely huge and wonderful. Later, Sarah revealed that the singleton would get couple up soon at the end of Episode 1.

She later welcomed the islanders. Starting with boys. First entered Timmy Pandolfi and Isaiah Campbell. They are followed by Jesse Bray, Felipe Gomes, and Andy Voyen. They chit-chatted with Sarah and were glad to be in the villa. Sarah left them to party so the boys could know each other well. Soon after a short gap, Sarah introduced them to girls. First entered Deborah Chubb, Zeta Morrison, Courtney Boerner, Sydney Paight, and Sereniti Springs.

Love Island Season 4 Episode 2 will air on July 20, 2022, on Peacock. The all-new episode airs only on weekdays on the new platform. However, the UK audience can stream the show on Sky TV and Now. Stay tuned. TechRadar247 will keep you updated. 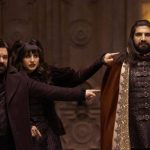