Connecting with your teenage daughter can be hard for parents sometimes, especially when you abandoned them several years ago. Regardless, Justin is making attempts to reconcile with his daughter Billie in the first season of Amazon Prime’s The Lake. Now, as the season has ended, we have good news for the fans. The show has been renewed for The Lake Season 2.

Amazon Prime Video’s The Lake is the platform’s first scripted Canadian original series created by Julian Doucet. The show revolves around Justin, who returns to his Lakehouse after his long relationship ended in an attempt to connect with his daughter.

What Will The Lake Season 2 be About?

The first season of Amazon Prime’s The Lake revolved around the estranged father-daughter duo of Justin and Billie. After first giving his teenage daughter Billie up for adoption, Justin tried to reconnect with her over the summer. This vacation to the lake is the perfect opportunity for them to rekindle their relationship. Billie meets the stunning Killian, who also happens to be Victor and Maisy-son. May’s Since Maisy-May is Justin’s stepsister, their sibling rivalry erupted immediately.

Meanwhile, when the show returns with The Lake Season 2, the show will continue the story after the ending of season 1. The upcoming season might delve deep into the complicated dynamics between Billie and Justin. At the same time, we will also see how things move ahead for Killian in the second season. For the fans who are not afraid of spoilers, the network has released the synopsis for the next season. According to that, the lake community will come together one last time for Tiltapalooza, the final blowout of the summer. Meanwhile, some relationships will end, and titles will be won. Moreover, the fates of the Lovejoy cottage and the Murder Cabin are decided.

Who Will Star In The Lake Season 2?

The drama series stars Jordan Gavaris in the role of Justin, Julia Stiles playing Maisy-May, and Madison Shamoun as Billie. Also, Jared Scott appears as Killian, Terry Chen essays Victor Lin, and Travis Nelson can be seen as Riley. Then, there is Natalie Lisinska as Jayne, and Jon Dore appears as Wayne.

Furthermore, in the cast, we have Carolyn Scott as Ulrika and Declan Whaley playing Opal Lin. When the show returns with The Lake Season 2, we can expect the majority of the cast members t return in their roles. At the same time, the show may also introduce some new characters in the second season.

The inaugural season of The Lake premiered on Amazon Prime Video on June 17, 2022. Luckily for the fans, the platform renewed the series for The Lake Season 2 in July 2022. Meanwhile, talking about the renewal of the show, Christina Wayne of Amazon Prime video said that they are thrilled to have audiences connect with the superbly written characters, brought to life by our amazing cast.

The team is eager to bring more lakefront shenanigans with Season Two. She further added that they are looking forward to working with Amaze as we venture back into the world of scheming, backstabbing, budding romance, and laughs in cottage country. 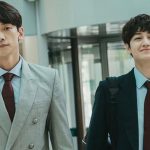