New islanders will arrive at the villa to test some relationships in Love Island Season 8 Episode 46. Someone’s hearts will break, while some will find it a good opportunity to know new people. Meanwhile, Indiyah and Dami will work on their relationship while Ekin-Su sobs. Will Davide leave her? What about Danica? Will she ever find someone? Keep reading to know more.

Love Island Season 8 Episode 46: What Will Happen Next?

Dami is back and will try to make up things between him and Indiyah in Love Island Season 8 Episode 46. He will make his move toward Indiyah and try hard to prove his feelings for her. But it won’t be that easy, especially after breaking her trust. Meanwhile, the islanders will get another text where Jamie, Reece, Nathalia, and Lacey will ask to go on a date with the girls and the boys.

It will indeed be a test for Ekin-Su and Davide to see whether they are a solid couple when one of the newbies picks Davide. As for Danica, she will enjoy her date with these new boys and try to explore more.

Following the public vote, the girls decided they wanted to save Dami because of his connection with Inidyah, and the boys decided to save Danica. This is because they believed that she was trying harder than Summer. So sadly, Summer and Billy said their final bye. The following day Deji pulled out Danica and asked her about her feelings. She admitted she felt odd about what had happened with her and Billy. But she decided to move on.

The duo decided to connect on friendly bases. Soon the islanders received a text that four new members were on their way to the villa. They were Jamie Allen, Nathalia Campos, Reece Ford, and Lacey Edwards. While the islanders were enjoying their drinks, the four newbies arrived. They all chatted around the fire pit, and the new arrivals admitted they just wanted to have some fun and see how things went. Soon Davide took girls on tour, and Danica went with the boys.

Love Island Season 8 Episode 46 will air on July 21, 2022, at 9 pm GMT on ITV2. The all-new episodes air only on weekdays, including Sundays. Love Island UK is also available to stream on ITVhub+ for premium users. Meanwhile, the US audience can stream it on Hulu. Stay tuned. TechRadar247 will keep you updated. 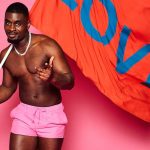 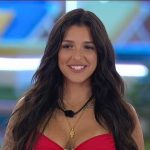