Adam and Paige will give a relationship test in Love Island Season 8 Episode 47. Nathalia seems to like Adam a lot and is busy planning her move toward him. Will it create a mess between Paige and Adam? Will he leave Paige? Well, whatever will be the case, things will soon turn dramatic between Paige and Adam. Keep reading to know more.

Love Island Season 8 Episode 47: What Will Happen Next?

Paige is slightly upset and tells Gemma she’s a little worried. What if Adam’s head turns for Nathalia? But Adam already claimed that he wanted to stay with her only. So she shouldn’t have a second thought. Meanwhile, Nathalia will have a heated conversation with someone in the villa. But fortunately, it isn’t Paige. Nathalia will argue with Ekin-Su, and it has something to do with the villa tour given by Davide. Meanwhile, Danica will finally find someone who wants to know her more.

Previously in Love Island Season 8 Episode 46, the islanders have gathered near the fire pit for a truth and dare game. It started with Nathalia, who was asked to kiss three handsome hunks she fancied most. She quickly locked lips with Adam, Davide, and Deji. Soon Deji shared a kiss with Lacey while Jamie and Danica locked the lips before she performed a steamy lap dance for him. Paige had a sexy dance around Adam while Dami licked Indiyah’s toes. After the game, everyone chit-chatted a bit, and Lacey talked about Summer.

She said she didn’t like how Dami treated Summer. But it irritated Indiyah, and she discussed this with Dami later that night. Later that night, Nathalia dropped another bombshell that Ekin-Su wasn’t as kind and welcoming as she looked on the screen. The following morning, Jamie decided to know Danica, while Nathalia picked Adam that freakingly annoyed Paige. Later they were called to pick an islander for a date. Jamie chose Danica, Lacey picked Deji, Reece asked Ekin-Su, and Nathalia went with Adam. However, Adam only decided to stick with Paige and gave Nathalia the cold shoulder.

Love Island Season 8 Episode 47 will air on July 22, 2022, at 9 pm GMT on ITV2. The all-new episodes air every day except Saturdays. It’s also available to stream on ITVhub+ for premium users. Stay tuned. TechRadar247 will keep you updated. 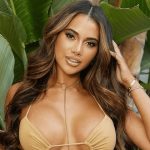