The fifth season of Netflix’s medieval historical drama ended with the protagonist Uhtred finally claiming his ancestral land of Bebbenburg. However, this is not in any sense the happy ending of the story, as the narrative will be further continued in the upcmoing The Last Kingdom Film titled Seven kings Must Die.

The Last Kingdom Movie Will Be A Standalone Film!

The Last Kingdom on Netflix comes to a close with Uhtred succeeding King Edward as Lord of Northumbria and regaining his ancestral home of Bebbanburg. The series’ last episode provided a satisfying conclusion to the plot. But the birth of Uhtred’s third kid, who is distant. Edward’s unrelenting quest for a unified England suggests that more is to come and that Uhtred’s newly acquired influence won’t be without repercussions. Since the fifth season of Netflix’s historical drama ended, fans have been wondering what the upcoming cinematic installment of the story will have in store for them.

Luckily, producer Nigel Marchant has given us something to talk about. The upcoming movie Seven Kings Must Must Die will be a standalone story. This means the film will have little connection to the main story’s timeline. Merchant quoted, “Over the five seasons, there was a very definite beginning, middle and end. Therefore, it was a group decision that we came to. However, we did know there were a few more books, following on from where we get to at the end of season 5. So, we did start to talk to Netflix fairly early about whether we could tell that end piece of the jigsaw so that it would feel complete.”

How Old Will ‘Uhtred’ Be In The Film?

The final three volumes in Cornwell’s trilogy, War of the Wolf, Sword of Kings, and War Lord, will serve as the basis for the forthcoming film Seven Kings Must Die. According to the novel’s timeline, Seven Kings Must Die will start in the year 923 with Skoll, the new Dane leader, and his army of wolf warriors.

In Sword of Kings, which is set in 924, the kingdom that Edward built would be split once more following his passing. The historic Battle of Brunanburgh will bring the last book, War Lord, to a close in 937. Uhtred will therefore be 81 years old by the conclusion of Seven Kings Must Die. Seven Kings Must Die because Alexander Dreymon continues to portray Uhtred in The Last Kingdom. Fans may anticipate that it will follow the series’ formula rather closely, with Uhtred being relatively youthful and alive for most of it.

When Is The Last Kingdom Movie Coming?

The fifth and final season of Netflix’s The Last Kingdom premiered on the streaming platform on March 9, 2022. Meanwhile, as the fans were hoping for the show’s return with a sixth season, they got the news that the next installment in the story would be in the form of a film. Although the production of the movie has been wrapped up in Hungary, there have not been any confirmations about its release date. However, several sources claim that t might drop sometime in early 2023.

Also Read The Last Kingdom Season 6: Canceled? Is It The End Of Saga? Sequel Movie In Line 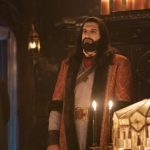 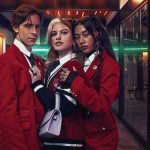