After almost a decade-long wait, fans were finally treated with the second installment of superhero action anime created by Bandai Namco Pictures, Tiger And Bunny. But this is not enough as the expectations are high from Tiger and Bunny Season 3 after the second season’s events. So, when is it coming? Let’s find out.

This anime first aired in the spring of 2011, and although animation shows how old it is, Tiger and Bunny remain a fan favorite. The power of Tiger & Bunny comes from its well-developed and likable main character. The plot revolves around “Tiger,” aka Kotetsu Kaburagi, an experienced hero in a fictional American metropolis. He is required to partner up with Barnaby Brooks Jr., or “Bunny,” the newest hero on the market. The show’s essence is Kotetsu and the highs and lows of his life as an elderly hero, his new collaboration, and his bond with his 10-year-old daughter. Tiger & Bunny is a unique take on the superhero genre in anime.

When Is Tiger And Bunny Season 3?

The entire second season of Tiger and Bunny dropped on Netflix on April 8, 2022. As far as the future of anime is concerned, there is a reason for fans to be excited. According to reports, the anime was renewed for seasons two and three together with a total of 25 episodes. And as the second season consisted of 13 episodes, the series is certain to return with Tiger And Bunny Season 3. The third season will have 12 episodes. Although there has not been any confirmation about the release schedule of Tiger and Bunny Season 3. However, we expect it to drop by the end of 2022.

What To Expect From Tiger And Bunny Season 3?

In the second season of the series, viewers saw Barnaby and Tiger trying to set for the newly rising heroes who have newly achieved fame. Unfortunately, things were looking dangerous for Stern Bild City as two NEXT suspects, Hugan and Mugan, launched a war on the city’s superheroes. Sky High and Fire Emblem, two powerful heroes, are soon ambushed and discovered frozen.

On the other hand, the villainous duo began their fight against the heroes. And the protectors of the city were left with no choice but to regroup and devise a plan to beat them. Eventually, when the forces collide in the battle, Mugan and Hugan are killed. And some of the superheroes endure serval injuries. But luckily, the heroes were able to recover completely.

When the series returns with Tiger and Bunny Season 3, fans can expect the villains to come up with even more deadly plans to attack the Stern Bild City. Therefore, Tiger and Barnaby will require more help from the gifted new heroes. As they have already shown their capabilities in a battle. Nevertheless, things will not be easy this time when the villains attack with full force. And there might be some loss of life among the heroes as well. We can be sure that the battle between good versus evil will bring out the best in Tiger and Barnaby. They are willing to put their lives on the line to save the lives of others. 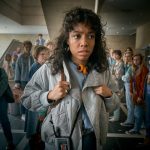 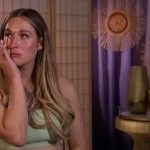