After giving a peaceful tribute to Jessica Walter, Sterling Archer is back with a new mission in Archer Season 13 Episode 1. However, this time situation will be out of his hand. He needs to find a way to help lead his group. But will Archer be able to do it? Well, the cliffhanger ending left a wide door open, and now we can expect to see some glimpse of Malory in Archer’s memory. Further, this new mission will lead to new misadventures in Archer’s life. Keep reading to know more.

Archer Season 13 Episode 1: What Will Happen Next?

In the following episode, titled “The Big Con,” Archer and his group will find themselves in a traumatic situation. The spy conglomerate IIA (International Intelligence Agency) acquired the agency, leaving Archer and the team to struggle with their work. Now they will continue to work with Fabian, but such odd missions will lead to an identity crisis.

The team will question when they finally get their independence and end up working in corporate overloads. Will Archer find a way to deal with Fabia? Apart from this, the group will party and enjoy their world’s foremost spy convention before ending up in trouble.

Previously in Archer Season 12 Episode 8 Finale, a lisping corporate shill Fabian held Archer hostage, and his team made a plan to free him. While Lana revealed that Archer’s mother Malory was distraught over Archer’s kidnapping, she appeared in the midway to beat up Fabian and his goons in a sneak attack. Malory later helped Barry and soon disappeared before the final battle could end. Later Archer and his group managed to escape and learned about Fabian’s plan and his spy agency.

Later Archer discovered a letter on his desk. Archer’s mother sent him a letter about who disappeared after a mansion. After reading the letter, Archer learned that Malory had retired and was hiding somewhere so her enemies couldn’t find her. Soon the scene shifted to Malory, who was with her husband on a beach and enjoying a drink. Archer later read the letter aloud. Malory wrote, “Take care of yourselves, I’ll be watching over you. Love, Mother.”

Archer Season 13 Episode 1 will air on Wednesday, August 24, 2022, at 10 pm PT/ET on FXX. You can also stream the fresh episode the following day on Hulu. Further, the all-new episodes follow a weekly release schedule. So don’t miss it. Stay tuned. TechRadar247 will keep you updated. 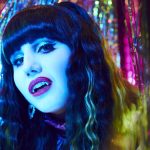 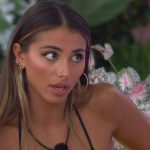