Sydney is still dealing with Isaiah’s tantrum, which will continue to grow in Love Island Season 4 Episode 33. Isaiah stated in the challenge that Phoebe is more gorgeous than Sydney, which hurt her. However, this time someone else’s connection will be in trouble. The person will be Phoebe. She will continue to create a mess around the villa. First, she spoiled Isaiah and Sydney’s relationship, and now she will come between Mackenzie and Chad. Keep reading to know more.

Love Island Season 4 Episode 33: What Will Happen Next?

Isaiah and Sydney will finally go on a date in the following episode. Well, Sydney has seen a lot, and now Isaiah will finally end this matter. Now the pair is officially a couple. Zeta and Timmy will be rooting for them. As for Deb and Jesse, they will try to know each other. But things will be problematic between Chad and Phoebe. After learning about Phoebe’s true intention, Chad will take a step back. He will try to speak to Mackenzie, but she will show him the cold shoulder. Meanwhile, Phoebe will seek her next target. As for Joel, he will close the door for Phoebe.

Previously in Love Island Season 4 Episode 32, Isaiah and Sydney had a bickering moment over the comparison incident. Sydney didn’t like being compared with Phoebe and cried over the situation. However, Zeta comforted her throughout the time. Later Zeta and Timmy talked to Isaiah and Syndey to figure things out. Finally, the couple patched up, but Sydney was upset that Isaiah didn’t come to apologize to her.

Meanwhile, Phoebe was busy creating more drama. She said Chad was like her brother, but the sexual tension was messing things up. Well, she kicked Mackenzie out of his life as she wanted to be with him, and now she didn’t find any connection between them. Back to Isaiah, he wanted to make Sydney his girlfriend. As expected, Sydney said yes. As for Jeff and Nadjha, they were having trouble in their relationship. It seemed like Jeff was forcing his feelings on Nadjha.

Love Island Season 4 Episode 33 will air on August 24, 2022, at 9 pm ET. It will be available on Peacock. The all-new episodes air every day except Mondays. The UK audience can stream the following episode on Now. Stay tuned. TechRadar247 will keep you updated. 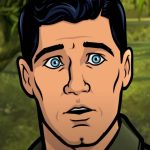 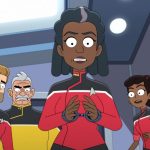