AMC’s Dark Winds is an intriguing crime thriller drama series created by Graham Roland. The series is based on the acclaimed Leaphorn and Chee book series. It revolves around two police officers as they try to investigate a wicked crime, which has a link to their personal lives. Fans who have already seen the first season are curious about Dark Winds Season 2. So, let’s discuss what we know about it.

The first season of Dark Winds debuted on AMC on June 12, 2022. The season concluded with the finale dropping on July 17, 2022. Now, talking about the prospect of the second season of the show, we have joyful news for the show’s fans. While the first season was on the air, AMC decided to renew the show for another season on June 22, 2022. The renewal was confirmed by AMC Studios’ President Dan McDermott. He said We can’t wait to share the rest of this thrill ride of a first season with the fans and follow Joe Leaphorn and Jim Chee into a second season.”

However, this is as much as we know about the second Dark Winds Season at this point, as no details have been revealed about the production or the release date of the season. But if we have to take a guess, we’d say that the second season might premiere around mid to late 2023. Nonetheless, this is just our guess, and we await an official announcement.

What To Expect From Dark Winds Season 2?

The first season of the series was based on the elements from the book titled ‘The Listening Woman’ and ‘People of Darkness. We know that the novel series has as many as fifteen novels. Thus, we can expect the show’s next season to adapt from another book.

Meanwhile, showrunner Graham Roland has discussed some possibilities for the second season. During a conversation, he mentioned, “The early conversations we’ve had I think, have narrowed it down to a few, as in two or three.” Then he added, “I certainly have my preference, but I think it’ll end up being one of those. So we’ve talked about it, but we haven’t exactly hit the bull’s eye of like, ‘Okay, this is it.”

Although we don’t know much about the second season yet, we can assume that Dark Winds Season 2 will likely move the story forward after the first season. The history and characters’ portrayal varied greatly from the first season. The program’s second season will build on that while maintaining its connection to Hillerman’s stories as its foundation.

Who Will Appear In The Second Season?

In addition, DezBaa stars as Helen Atcitty, Ryan Begay appears as Guy Atcitty, and C John Henry Dihel can be seen as B.J Vines. When the second season returns of Dark Winds return to AMC, we hope to see most of the main cast reprising their roles. Meanwhile, there might also be some new faces in Dark Winds Season 2. 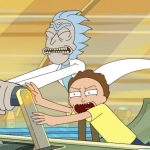 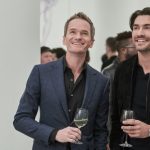