Home Entertainment The Walking Dead Season 10: Will Negan Die In The Upcoming Finale? Might Some Chance In Plans, Know More
Entertainment News

The Walking Dead Season 10: Will Negan Die In The Upcoming Finale? Might Some Chance In Plans, Know More 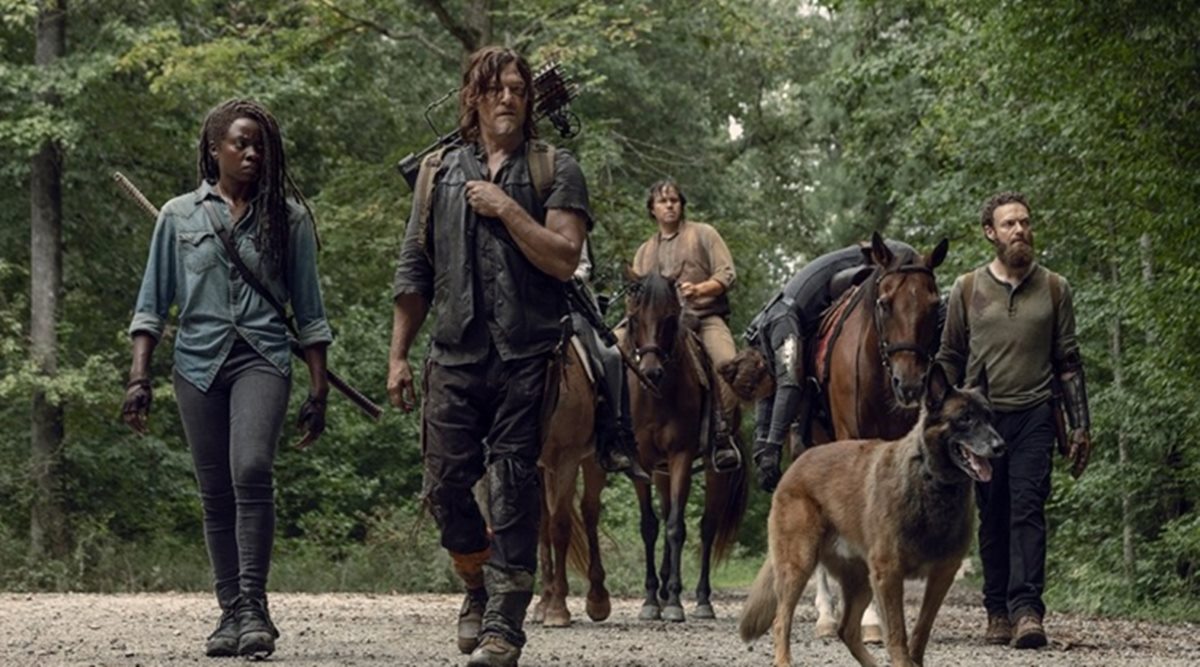 Viewers Favourite, The Walking Dead Season 10 is set to come one last time with its. The show has an incredible fanbase, leading it to the top priority of fans. Since long, fans have been eagerly waiting to know what will happen in the upcoming episodes. We have got you covered with all the recent updates.

The Walking Dead has attracted the viewers of all ages, whether it be of 18, 30, or 50. The show has been well received by critics ever since its release in 2010. The name of the show ‘The Walking Dead’ is because of the ‘Walkers,’ who are mindless zombies. With zombie apocalypse, only a few survivors are left. These few people also face further conflicts among themselves. With the fall of humanity, everything seems to have been shaken as well.

The series exclusively broadcasts on AMC through the Fox Networks Group. In the story, we see walkers shambling around living humans and other creatures to eat them. The plot previously centered on Sheriff’s deputy Rick Grimes, who wakes up from a coma. He further becomes the leader of the survivors from zombies. Altogether, they use every necessary means to stay alive and still fighting with all the odds. After his departure from the show, Carol & Daryl took on the command further.

It seems to be a tough year for the fans of The Walking Dead. First, the show’s finale was delayed, then the comic book’s abrupt ending last year. As per the reports, Jeffrey Dean Morgan playing Negan may be leaving the series. In the upcoming finale of the show, we might see the ending of Jeffrey’s character. So, better get ready for some bitter truth.

However reccently, comic readers got another chance to relive the moments. Creators Robert Kirkman and Charlie Adlard returned to revisit one of the franchise’s most popular characters in one-shot Negan Lives! One of the most memorable aspects of the show gets to live more of his life.

Negan was initially meant to die with Maggie’s shot. Kirkman confirmed via Insider that the death of Negan was all set; even the full issue script was ready. But, what stopped from executing the plan was Charlie Adlard’s email. He wrote that Negan is going to die, and this is no surprise, but it is still sad to see him go. Hardly there is any western villain who gets away without dying at the end. He further said to think about what the situation would have been if he would live.

The Walking Dead Season 10 is all set to conclude its mind-blowing finale. The finale season of tenth installment, ‘A Certain Doom,’ will bring some exciting stuff among the viewers. However, the pandemic’s current situation has shifted the release date from April to an unknown date. We find it extremely difficult to predict the date in this present situation of chaos. Moreover, AMC will collab with Comic-Con to promote the upcoming episode of Walking Dead. However difficult the time, we will never leave you high and dry. We will always be updating our audience with all the recent information. Stay in the link.