Home Entertainment The Grand Tour Season 4: Next Special To Release Later This Year, Know What Will Happen Next
Entertainment News

The Grand Tour Season 4: Next Special To Release Later This Year, Know What Will Happen Next 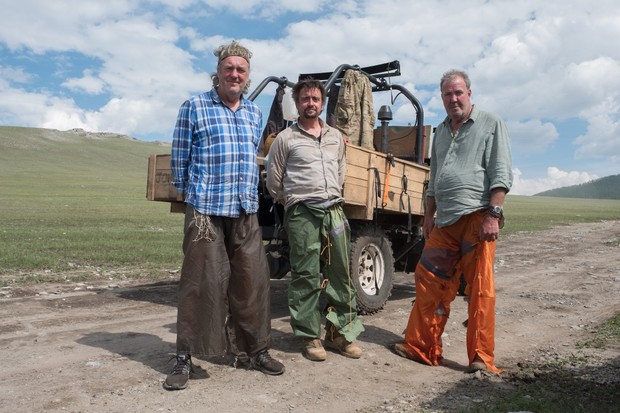 The Grand Tour Season 4 released its first episode the previous year, and we haven’t heard any word ever since that. Fans have been thoroughly questioning the existence of the show. But now Amazon has made some movement regarding the coming of further episodes. We have gathered all the recent information, know below.

The Grand Tour is a British motoring TV series. Jeremy Clarkson, Richard Hammond, James May, and Andy Wilman altogether created the show. The first season of the show premiered in the year 2016. The Grand Tour involved a mixture of pre-recorded TV films, live audience focusing on motors. It revolves around car reviews, motor challenges, and road trip journeys. The presenters have to purchase a class of vehicles and test them for the review. The first three seasons of the show had almost the same content as that of the Top Gear.

In the same manner as that of Top Gear, The Grand Tour also took a look at various cars on the aspects of performance, handling, and quality. Celebrities weren’t initially part of the program. The program created an entertaining content with comedic effect on episodes like “Celebrity Brain Crash.” Although, from this season itself, show took a drastic turn and ditched the set based format and went out on a wandering journey, but still embracing cars.

Next Special Will Land Later This Year

The official twitter handle of The Grand Tour addressed their viewers on twitter recently, reagrding the fourth season. They confirmed that the show hasn’t got canceled, and it will happen sooner or later. It’s been almost eight months since we had heard anything from the side of the makers or platform. Fans were speculating about the cancellation of the show. But, now it has been confirmed that however long it takes, the show will surely return. It was further mentioned that they wanted to go to Russia but couldn’t because of the current scenario. We hope things get back to normal soon.

What’s About To Happen?

The upcoming details of the show is known very vaguely. While promoting the show, Clarkson mentioned that they would start in La Reunion and end in Madagascar. The plan was to film in Russia, which now does not seem to be happening. This can only take place in 2021. There will be a lot of upcoming challenges for the team. The location may change for the forthcoming episodes, but whatever happens, things will be difficult for traveling.

The Grand Tour is written and directed by the host of the show, Jeremy Clarks, Richard Hammond, James May, Andy Wilman, and Richard Porter. We will, for sure, see all the lead members of the show back on track. Meanwhile, the fourth season is being produced by Expectation Entertainment.

For now, we know that the Grand Tour Season 4 released in the fall. And since then, the viewers are eagerly waiting to see the upcoming episodes of The Grand Tour. We hope things will soon clear out, and we will get to see all-new episodes. Stay in the link. We will be updating you with all the recent updates.