Wynonna Earp Season 4 Gets A Release Date, Casts Returning And All The Details 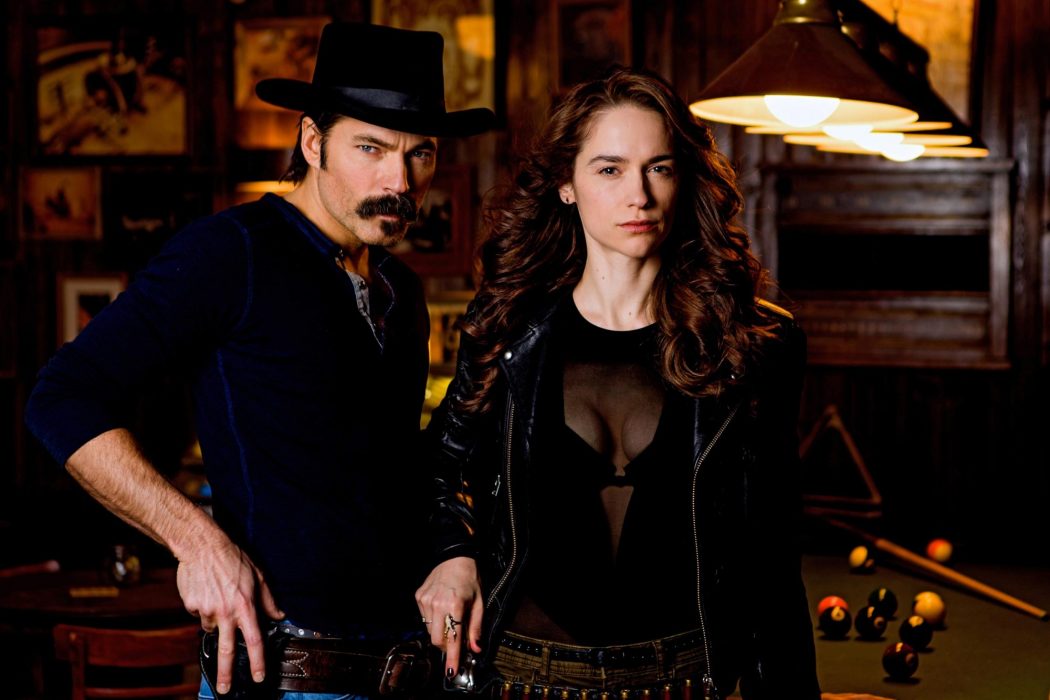 The Supernatural show- Wynonna Earp Season 4 is coming. Created and developed by Emily Andra, the show is based on a comic book series by Beau Smith. Melanie Scrofano plays the lead character of the show. She is the great-great-granddaughter of lawman Wyatt Earp. The series follows Earp coming back to their hometown of Purgatory near the Canadian Rockies. At the place, she battles revenants, the reincarnated badmen that the elder Wyatt killed.

Syfy acquired the show’s rights in 2015 and ordered 13 episodes of the show. The first season aired in April 2016 on Syfy and later in Canada on April 4, 2016. The series has already completed three seasons and began filming Wynonna Earp season 4 in 2020. However, the show could not complete productions due to the coronavirus pandemic. Now, the producers have finally released details about when the show is coming. Here are all the details-

Recently, Syfy announced that the much-awaited Wynonna Earp Season 4 is releasing soon. The show will premiere on July 26. But there is a small change in the show’s release schedule. Because of the ongoing pandemic, Sfyf couldn’t get the whole show complete. So, they will be releasing the first six episodes of the show this July. The mid-season finale would release on August 30. No word on when the second half of the series would release is out at the moment. However, we can expect that the show would resume productions sometime later this summer.

Syfy has dropped the trailer for the Wynonna Earp Season 4. The trailer opens up with featuring Wynonna Earp, played by Melanie Scrofano. The introducing shot of the trailer starts with her doubting her ability to save all the people she loves. All these people, including her vampire baby daddy, celestial sister, my Haught cop. She thinks without the gun and these people; she is nothing.

By the end of the third season of the show, all the viewers saw how Waverly was forced to stay back in the Garden of Eden. She is the prisoner who will have the portal closed. In the meantime, Doc volunteers to stay with her and repay for all the bad things he has done throughout the season.

The trailer for the Wynonna Earp Season 4 reveals that Waverly and Doc will get out of the garden at some point and then jump back to protect their hometown of Purgatory from all the threats in no time at all. It looks like Wynonna will also get the whole team together in the fourth season of the show. She will even work on her strained relationship with Haught.

In the trailer, we see Haught punching her in the trailer. Fans also got to see former Black Badge Division lab technician Jeremy Chetri- played by Varun Saranga; the real estate developed- Mercedes Gardner and a new character Rachel- Martina Ortiz Luis in the video teaser. Wynonna Earp will come back on July 26, 2020, Sunday at 10 p.m. ET on Syfy.