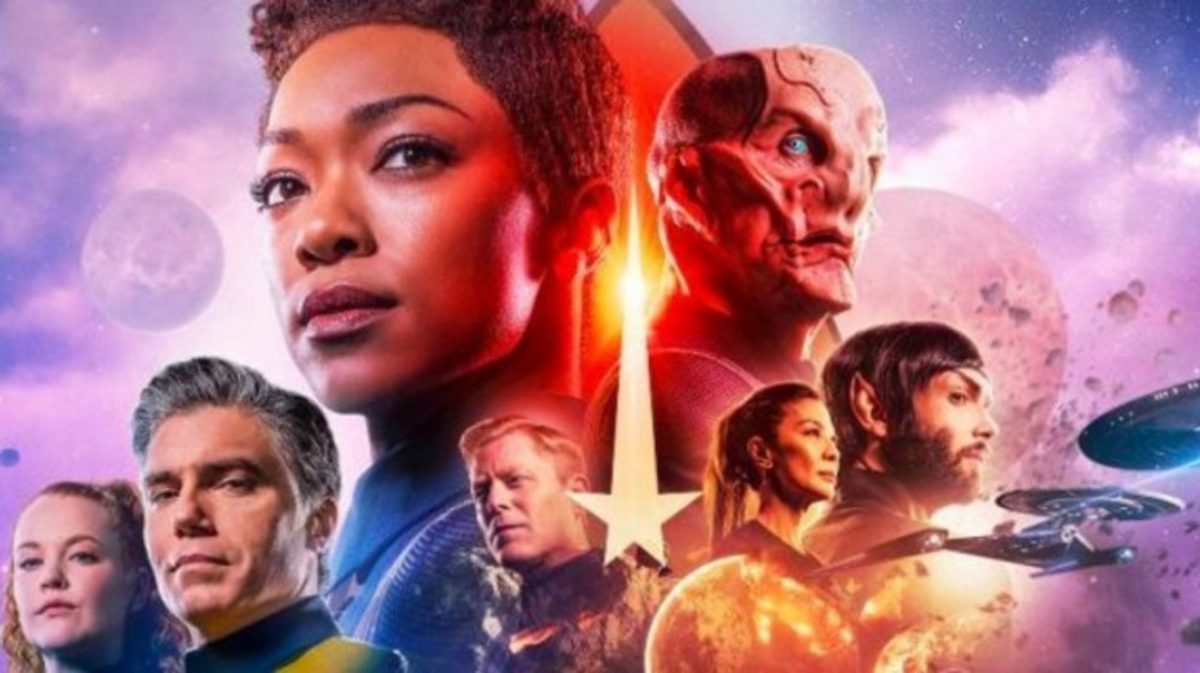 In every season, the Discovery captain changes. So who will be the captain in Star Trek Discovery Season 3? In the first season, we had seen Gabriel Lorca (Jason Isaacs) as a Discovery captain. While in the second season, Christopher Pike (Anson Mount) held the captaincy. Now, everyone is involved in this guessing game, as who will be the next captain? The second season finale teased that either Saru (Doug Jones) or Michael Burnham (Sonequa Martin-Green) would handle the status. However, there’s still hope that another character would take part in captaincy election. Now, let’s have a look at the captaincy nominees.

Star Trek Discovery, created by Alex Kurtzman and Bryan Fuller, is a science fiction drama on CBS All Access. The series is set ten years before Star Trek: The Original Series occurred. In which, Klingon houses and the United Federation of Planets united during a war. There USS Discovery (NCC-1031) crew heavily involved in the battle. After the war ended, the Discovery crew investigates some strange signs and figures. Later they called them “Red Angel”. However, after struggling to find the source of these strange signs, the huge conflict eventually ends. Then the Discovery team traveled to the 32nd century to discover the new world.

Star Trek Discovery Season 3: Will Tilly Become The Next Captain?

After the live table-reading of Star Trek Discovery Season 2 finale, the cast discussed their future story arc in the third season. On which the showrunner Michelle Paradise asked Mary Wiseman (Sylvia Tilly) whether she wants to be captain in the forthcoming season. Since in every season, Discovery captains change, and Tilly always wished to become a captain. That everyone has seen in the first season.

To that, Mary replied that she hasn’t left her dream of becoming the Discovery captain. However, while considering the second season finale, it’s unsure what the upcoming season would hold. But, it’s clear that the audience would be able to see more of the Discover team’s journey and the transformation in the characters. Further, she spoke about the unknown elements that the team would experience in the forthcoming season.

Mary said: “I think so. There are some pretty big speed bumps in the second season on that road. But that’s always her pie-in-the-sky, reaching the zenith of leadership within Starfleet. You’ll get to watch more about that journey in the third season. But, we’re also really on the edge of the unknown. So I think all our ideas about what the future holds and who we want to be are going to be transformed.”

Will Saru Or Burnham Hold The Captaincy?

Lately, Saru (Doug Jones) has been serving as the captain because of her status as the first officer. However, it does not look like he wants to handle this post. Whereas in the very first episode, Michael Burnham (Sonequa Martin-Green) was advised to handle captaincy. But, whether she also wanted to deal with such great powers isn’t cleared yet. However, Burnham looks like a perfect captain who can manage the team efficiently. But, nobody knows where her journey would lead her.

If speaking about the Star Trek: Discovery, then it’s unlikely to give the captaincy to the main characters, since the show has some different plans for their main roles to perform. However, if Burnham has given the captaincy, there would be no difference in Discovery and other Trek shows. But, watching Burnham as a Discovery captain would be more satisfying than seeing Saru as captain.