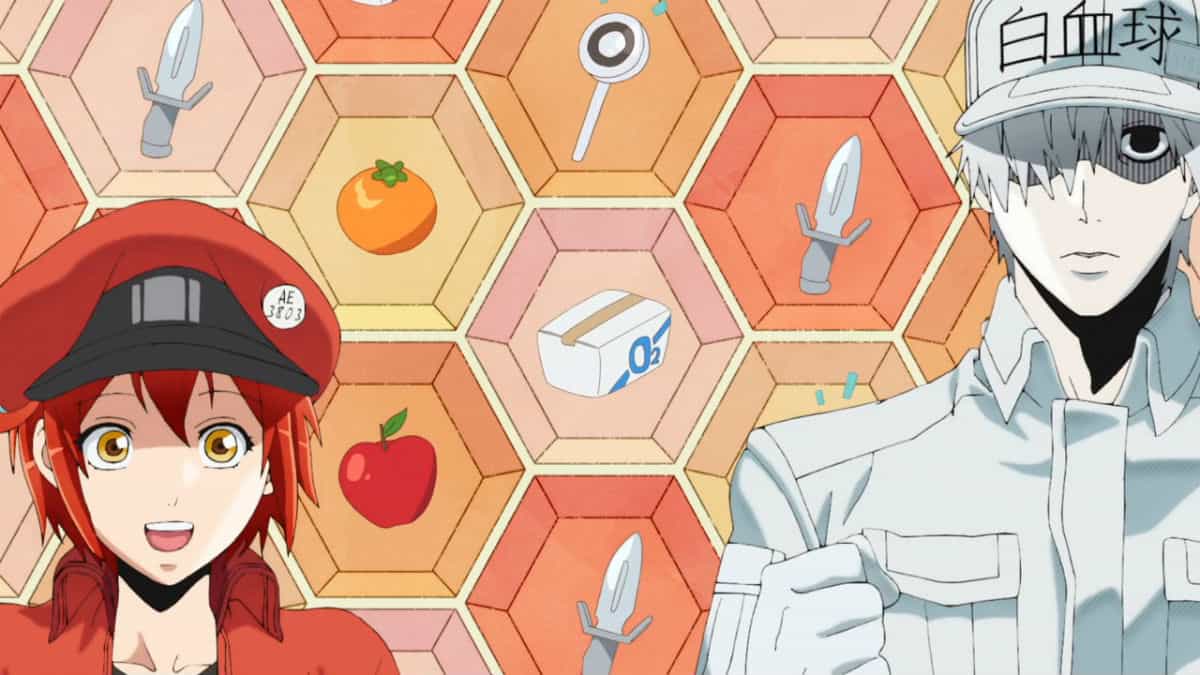 After a long wait, David Production has finally announced the premiere of Cells At Work Season 2. The sequel installment of the popular anime was confirmed way back in March 2019. However, the studio took a while to talk about its release and plot details. Well, as per the looks, the latest episodes seem to be much more exciting than ever before. When we will be able to watch them? What will the second season be about? Here’s everything you need to know.

Akane Shimizu’s famous manga series Cells At Work! or Hataraku Saibou began serialization back in 2015. The series ran for five volumes until 2017. Since then, several spin-off mangas of the franchise have been released. The concept of the series was its main highlight alongside brilliant scriptwriting and animation. Hence, it was soon picked up for an anime adaptation by Studio David Production. The television anime debuted in July 2018 and took no time to become a fan-favorite. Fans are currently waiting for a sequel.

Soon after its debut in 2018, the demand for the second season of Cells At Work increased. Fans wanted to watch more of its intriguing storylines. Hence, within a few months, the creators of the show waved the green flag for a sequel. As per reports, the productions of Cells At Work Season 2 began later that year. Currently, the studio is still working on their upcoming project.

What Will The Second Season Be About?

The Cells At Work! manga series has a total of five volumes that consist of 25 chapters. Out of these, around 14 chapters were covered in the 13-episode first season of the anime adaptation. Mostly, each episode of the anime featured the story of one of these chapters. The upcoming season of the animated show is expected to cover the remaining source material.

David Production revealed that the first episode of Cells At Work Season 2 would be about the strongest enemy of the human cells. Hence, it will center around the “Intestines” and diseases related to them as they create a fuss in the body. Well, this theme of the story corresponds to the plot of Chapter 20 (Volume 5) of the manga. This chapter talks about H. Pylori, a type of bacteria that grows in the digestive tract and tends to attack the stomach lining. The infection of this bacteria leads to ulcers in the stomach and small intestine. Moreover, they can also lead to several diseases in some people.

While the first episode is expected to talk about the Intestines, other episodes might cover the plot of the remaining manga chapters. Some exciting and informative themes include Acquired Immunity, Acne, Dengue Fever, Cancer Cell, and more. Well, the studio hasn’t confirmed the number of episodes for the sequel. Based on the manga chapters available, Cells At Work Season 2 might only have ten episodes.

Alongside Cells At Work!! (two exclamation signs representing Season 2) fans will get to watch two brand-new spin-offs of the franchise. One of these will be an anime series adaptation of the Hataraku Saibou Code Black spin-off manga. The studio confirmed this anime spin-off in April 2020 and released the first poster as well. A firm release date has not been confirmed, although it is will hit the screens sometime in January 2021.

The Cells At Work Code Black anime series will be a standalone story. It will feature new characters, including a male RBC and a female WBC in the lead. Hence, a brand-new set of cast members will voice these characters. In fact, the animation of the spin-off has been handed over to Liden Films, instead of David Production.

On the other hand, David Production has been working on an anime movie adaptation this year. The new movie is called Cells At Work! The Platelets Go To The Movie Theatres. The staff of the first season will return for the production of the film. As the title suggests, the cutest characters of the anime, the Platelets, will be watching a movie after work. It will premiere in theatres on September 5, 2020.

Recently, David Production has finally announced the premiere of the much-awaited sequel. The official website and social media handles of the anime reveal that the first episode of Cells At Work Season 2 will premiere at a Special Screening on September 5, 2020. Yes, the second season and Platelets movie will be screened in Japanese theatres, simultaneously.

However, the rest of the second installment episodes will broadcast on Tokyo MX (and other channels) in January 2021. Hence, after the screening of Episode 1 in September 2020, fans will have to wait until the series airs on the television. An official trailer of Cells At Work Season 2 was also released. Keep an eye on this corner for all future updates related to your favorite anime.

Coronavirus Chapter/Episode In Cells At Work!

The entire world is currently suffering the wrath of the COVID-19 pandemic. The Coronavirus has affected the lives of millions of people in the last few months. In this challenging situation, many of us have been relying on interesting and entertaining content to watch. Well, considering the theme of Cells At Work, fans have been curious to know whether it will talk about the Coronavirus in the future.

In fact, fans have also come up with theories about how the COVID-19 disease could indulge in the plot of the anime/manga. The story could talk about the spread of Coronavirus in the human body and how our cells battle it. Being a very sensitive topic, the episode/chapter must be handled delicately as it might hurt the feelings of a large section of the world population.

As of now, David Production has not shown interest in creating a Coronavirus episode of Cells At Work. Hence, it’s highly unlikely to be featured in Cells At Work Season 2. Being an adaptation, the anime will cover the topic only if its included in its source material. Well, chances are high that mangaka Akane Shimizu might involve the COVID-19 disease in one of the upcoming manga volumes. As of now, we can only hope to get a Coronavirus episode/chapter in the future.