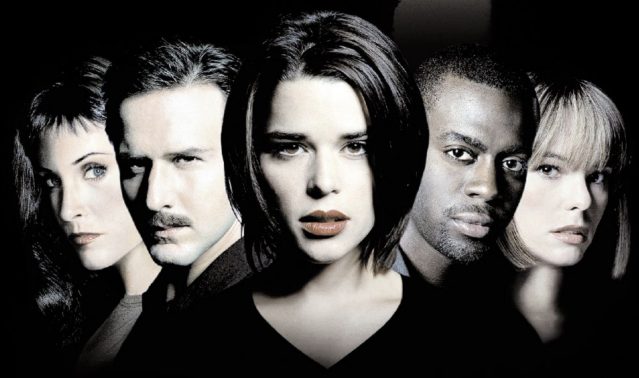 It’s been a long gap for the fans since the release of Scream 4. They were thoroughly holding their eagerness for the next installment, Scream 5. And now, the wait finally seems to be over. The production process for the next run of Scream is underway. It appears that the fifth sequel of the movie will go back to the original plans. We have brought you all the upcoming scenario of Scream 5.

Scream is a 1996 movie. The film is of horror as well as slasher type, involving murders. The original movie starts from an unknown call to Casey. They discussed horror movies, which later turned into the same scenario. However, she was asked various questions, and when she refuses to answer, Casey was murdered. The various murders go on in the movie. The sequels of the film continue to have various types of murder in the plot. However, some characters from the earlier movies appeared later too. Ghostface remained to be thorough in the sequels. The movie is entertaining, thrilling with the twisted horror involved in it. We have to see further what new fate Scream 5 will bring to the film franchise.

After long wait of nine years, Scream 5 is finally into process. There have been revelations of many upcoming cast members. However, it also came up that the coming installment will be going back to basic. The original movie was a great hit because of its storyline and cast members.

Therefore, the makers want this one to be memorable as well. Gallner stated to Collider about the upcoming scenario. The script has the same magic as the original movie. Therefore, we speculate the fifth installment of the film to be the amazing one.

Will Stu Be Returning?

There have been words around the web that Matthew Lillard will join the cast as Stu Macher. However, the only thing which supports Stu’s return is to bring the madness back in the movie. The main reason of the film’s success was because of its famous cast members. Moreover, Lillard himself opened about wanting to reprise his role in the movie. It also gave us a hint of his return. Therefore, there are chances that Stu might not be dead.

We will see the original cast members of the movie return back again. There will be David Arquette, Never Campbell, and Courtney Cox. From the last installment, we will see Judy Hicks in Scream 5 as well. The newcomers joining in the fifth film includes Gallner, Dylan Minnette, Jenna Ortega, Jack Quaid, Mikey Madison, Mason Gooding, Jasmin Savoy Brown, Melissa Barrera, and Sonia Ammar. There has been a lot of revelations. So, better get ready to experience the horror and blood-filled drama once again. Our excitement level has reached to the top. Let us hope for the production process to completely successful.

The spoilers do not stop here. We have also brought the release date for you. Scream 5 is looking forward to the release on January 14, 2022. Even though it’s a long period, but the confirmation has brought enthusiasm among fans. We will further collect more inside news for you. The famous faces are going to bring more thrill to the screen. We speculate the coming sequel to rock the floor in a better way than the previous ones. Till then, stay updated in this space with us.