Doctor Who Season 13: Will Bring Back A Classic Monster! Release Date & More Updates 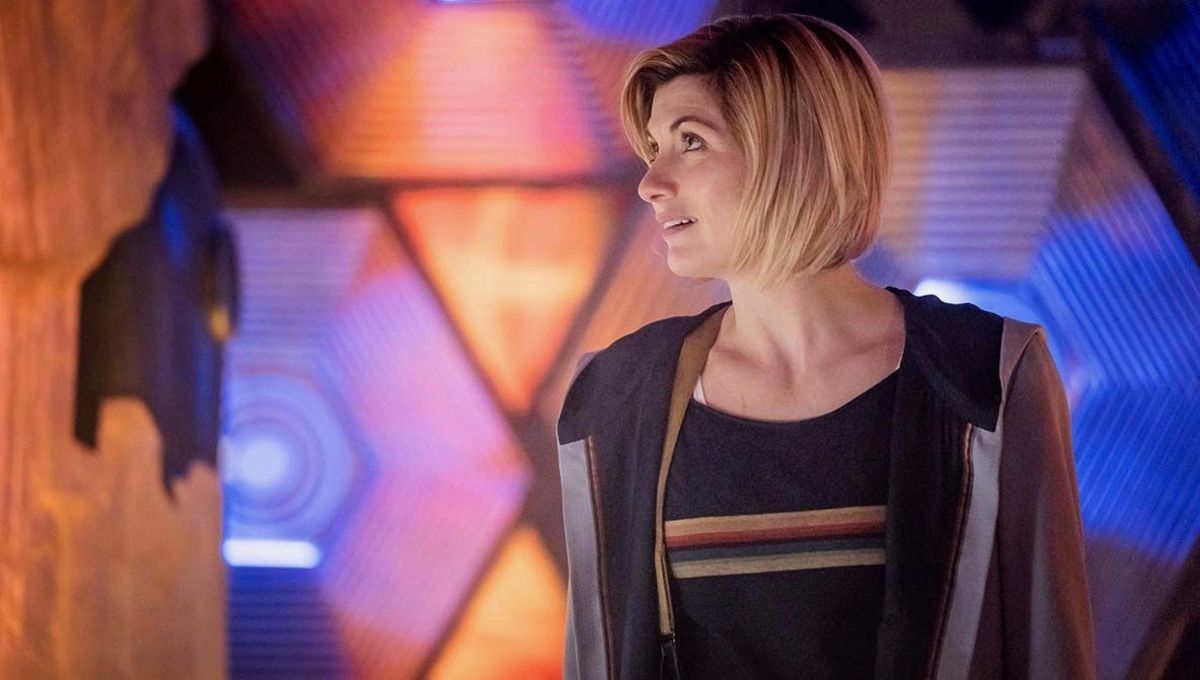 While Doctor Who Season 13 is edging closer to its premiere, Liverpool-based Whovians discovered that season 13 will bring the classic monsters back to life. The reboot of 1963’s Doctor Who follows the universe of a Time Lord, known as the Doctor. The Doctor explores the entire universe in a time-traveling ship, the TARDIS. Over time and space, the Doctor’s several incarnations often battle with the evil forces to prevent any misdeed.

On Wednesday, October 6, Liverpool-based fans spotted a spaceship projected across George’s Pier Head. It offered the passerby to view the spacecraft until midnight. Soon it didn’t take much time for fans to identify that the spaceship almost resembles the Sontaran ship. Well, it suggests that the Doctor Who team is bringing back the iconic monster for its thirteenth run. So now it seems clearer what the rest of the six episodes will explore.

The Sontarans- warlike clones clan from the planet Sontar. First appeared in the eleventh season “The Time Warrior” of the original show. The time when Jon Pertwee was the Doctor. However, the last time we saw Sontaran was in 2015’s ninth episode titled “Face The Raven,” when Clara Oswald died. Now it seems Sontaran will once again take center stage when they reach Earth. But, Dan Lewis’ John Bishop will arrive as a big help for the Doctor. As he embroils in the Doctor’s quest.

After fans noticed the spaceship, they found something strange on the show’s official social media page tomorrow. BBC’s Doctor Who’s official Instagram, Facebook, Twitter, as well as YouTube pages have been suddenly wiped up. But, something strange did happen. As the series website shows a cryptic message. It hints at what we can expect from the next run. “Oh my giddy Aunt!” the statement reads, “The stuff, it’s gone wibbly (1313).”

Well, if we break it down, then the Second Doctor (Patrick Troughton) had often used the phrase- Oh my giddy Aunt! Meanwhile, the statement “The stuff, it’s gone wibbly” seems a reference to one of the famous episodes Blink. There David Tennant’s Doctor defines time as a huge ball of wibbly-wobbly stuff. Well, it feels like it teases the return of Weeping Angels. But it isn’t confirmed yet. Still, 1313 possibly be the news coming on October 13. Well, it’s better to wait till then.

Recently, BBC’s Doctor Who dropped its first short clip last weekend. Though it didn’t give many details about the next run, it hints at something that will happen on Earth. As the five-second-long clip shows Jodie’s Doctor struggling to communicate with someone. But a glitch appeared on the screen when she said, “Can you hear me?”

Doctor Who Season 13: Who Will Be In The Cast?

Of course, Jodie Whittaker will return as the thirteenth Doctor. But, the series creator and star confirmed that it would be her last season. As of now, it remains unclear who will replace her. Besides, the Doctor’s human companions will also return. These include Mandip Gill as Yasmin Khan. After the exit of Tosin Cole and Bradley Walsh, John Bishop as Dan Lewis and Jacob Anderson as Vinder will join Jodie’s Doctor in her next quest.

Doctor Who Season 13: When To Expect?

Well, the network has yet to reveal the official release date of Doctor Who Season 13. But, the Sontarans’ first look teased the production is currently underway. Thus, it would take quite a long time to return to our screen. But we can expect the next run will air in mid-2022.