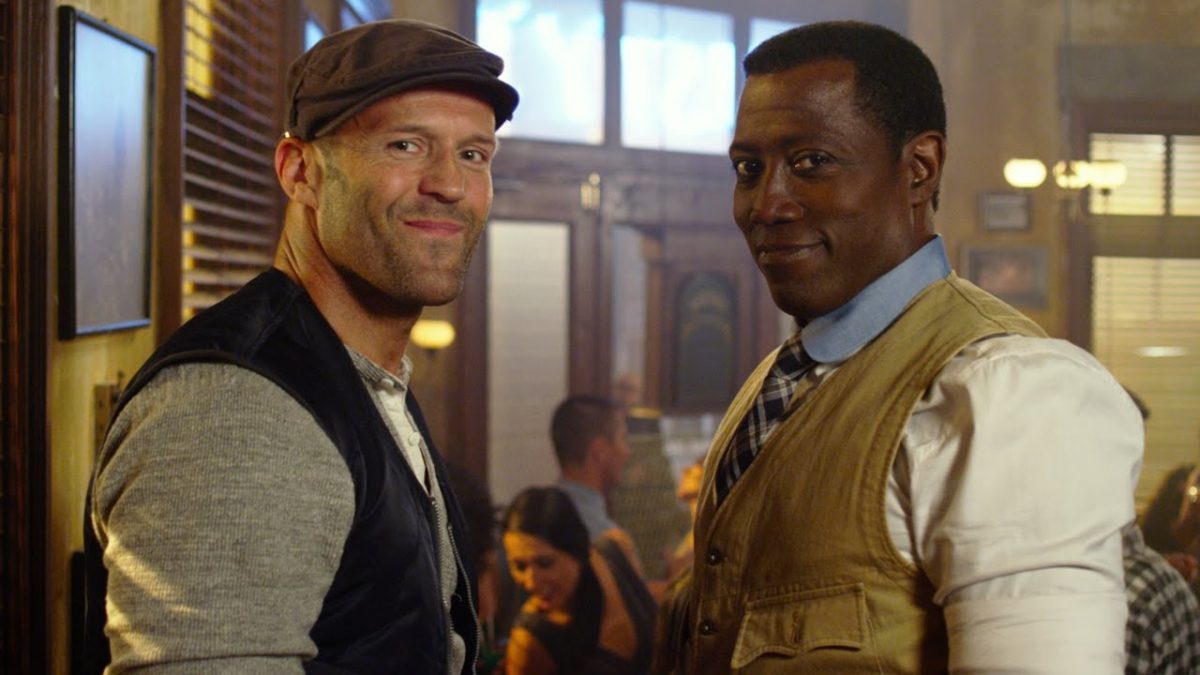 The Expendables 4 is finally moving ahead with most of its original cast returning to the set and having fun while shooting. Recently, Jason Statham and Sylvester Stallone shared some of their delightful moments from the sets on their social media handle. While the film series has remained dormant for almost seven years but it is now moving ahead with full speed to line up with its premiere.

The Expendables first paid homage to 80s and 90s golden age action movies. But despite gaining immense popularity, The Expendables 2 and 3 didn’t do well like its debut film. However, being the first PG-13 installment, it put the film series on ice until now. Further, some backlash that it received in the past made the fourth installment arduous. Even the past two films received a mixed response from the fans and the critics. But once again, The Expendables is back with Jason Statham’s Lee Christmas and Stallone’s Barney Ross helming the lead in the fourth film. So, let’s dig deeper into the fourth installment.

The Expendables 4: Production Has Finally Begun!

Well, we all were keenly waiting to know about when the fourth installment will go under production. But now, it finally has. Not just that, the film series star Sylvester recently shared a few posts on his Instagram teasing some fun moments while production. Well, the behind-the-scene video hints at Sylvester’s Barney speaking to someone before firing in the air. If we look at the background setup, it seems Barney is in a bar, perhaps to chase someone or get what he wants from that person.

Jason also shared a few of the behind-the-scenes images with Sylvester on his bike. Well, the setup appears Jason’s Lee and Barney entering the bar with full spirits. Perhaps they arrived there for some action. While in the other picture highlights “Used Auto Parts.” Although it remains unclear what it has to do with them. But perhaps it all linked with some kind of chasing game and fight.

The Expendables 4: Happening After Long

The Expendables 4 has been in some kind of development phase since 2014, when The Expendables 3 premiered in theaters. But in 2017, Stallone left the film, taking several of his co-stars and friends with him, due to creative deadlock with Lionsgate studio. Fortunately, he returned in 2018, but things remained slow pacing until 2021. But finally, back in April 2021, Randy Couture unveiled that the project is still on. Now they are bringing the new perspective with a brand new script and plans to start filming.

Lionsgate Motion Picture Group’s President of acquisitions and co-productions of, Jason Constantine, shared his excitement. Constantine said that they are thrilled to partner with Millennium Media for the fourth chapter of The Expendables franchise. It’s amusing to bring everyone- the star cast- together to continue the action-packed film. Further, he believes that the new installment will raise the stakes high and be the biggest adventure yet.

Jeffrey Greenstein, President of Millenium Media, said, “The Expendables are back,” and they are excited to see the exceptional star cast back again playing their iconic roles. Further, they are thrilled to bring the film to the big screen with their partner Lionsgate, who has stayed with them since the franchise’s beginning. Jeffrey added that to keep the movie fresh, they have added some new faces to bring some fun to the adventure.

As the film is at work now. Thus, it is easier to sneak peek at some details, including the cast. Undoubtedly, Jason Statham and Sylvester Stallone will return as Lee Christmas and Barney Ross, respectively. Along with them, the main characters will also return. Dolph Lundgren as Gunner Jensen, Randy Coutre as Toll Road, and Arnold Schwarzenegger as Trent “Trench” Mauser will also return.

Amongst them, some new faces will also join the show. These include Curtis “50 Cent” Jackson III, Tony Jaa, and Megan Fox. However, their roles have yet to disclose. Meanwhile, a recent news came in that The Raid star Iko Uwais has landed the role of villain in The Expendables 4. Scott Waugh is directing the fourth installment from Spenser Cohen’s screenplay while John Joseph and Max Adams revised the script. Further, Lionsgate and Millennium Media are the production house behind the fourth chapter.

Well, you can stay relaxed now as finally, the fourth installment is in its production stage. That means it won’t take much time to hit the big screen. Further, as per the reports, The Expendables 4 will air sometime in 2022. So we expect it to air in fall 2022, deeming the amount it would take in the filming and post-production stage.