Gentefied Season 2: Creators Talk About Pop’s Deportation! Can The Cousins Save Him? 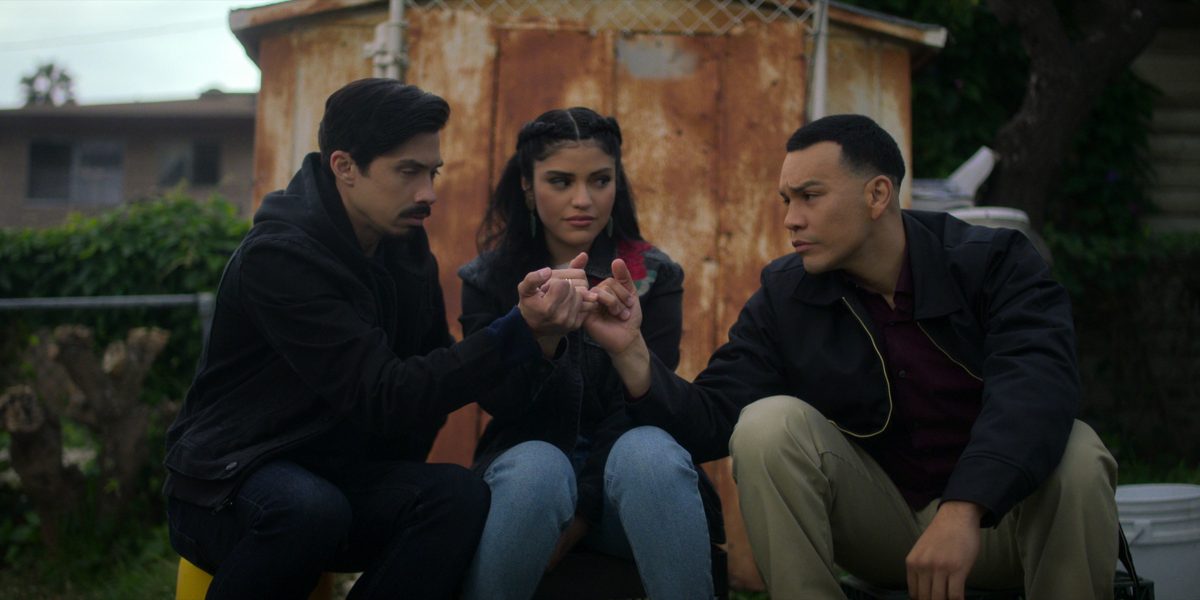 Netflix’s comedy-drama Gentefied is coming back with its second season. Season 1 premiered on the streaming platform in February 2020 and took the world by storm. And since then, fans have been clamoring for Gentefied Season 2. But don’t worry, the show is just around the corner, knocking at your doorstep for you to welcome it.

The comic drama series revolves around the lives of the Morales family. And their family taco shop in the city of Los Angeles, which is managed by cousins Erik, Ana, and Chris. The show beautifully encapsulates their daily life problems and how they deal with them.

The writers of the Gentefied want to traverse a relatively untouched aspect of immigration. Marvin Lemus, one of the show creators, talked to TV Line about Pop’s fate in the upcoming season. Lemus said, “He has the court case, and he has a few months to start to fight and to push to be able to stay in the country, and in the first episode, we see him struggling with whether he even wants to go on this journey.”

Pops is now fighting his battle to Live in the United States, aided by his social media admirers and attorney Melinna Barragan. However, fans will have to wait for Gentefied Season 2 to find out what the future has in store for Pops.

Season one of the Netflix Comedy-drama concluded with Morales welcoming a daughter in their family while Pops missing. Meanwhile, ICE took away the Pop with an old warrant for vandalism. Also, Lidia and Eric are considering shifting to California. However, the relationship between Anna and Yessika deteriorating because of disagreement between them. With each character in the show dealing with their own problems, the fate of Morales family taco shop ‘Mama Fina’s’ hangs in uncertainty.

Gentefied Season 2 will likely resume from the cliffhanger of the first season. The fate of Casimiro Morales Aka Pops, the central plot of the second season is hanging in the middle. Whether he will have to leave the United States or the cousins will save him. Meanwhile, Chris, Anna, and Eric all have their own choices to make in the upcoming season.

In season 2, the show will deal with sensitive issues like racism and anti Blackness in the community. Along with maintaining its humorous tone and comedy. In addition, Gentefied Season 2 will feature a holiday episode about the Christmas celebration in the Latino Community.

The drama series is created by Marvin Lemus and Linda Yvette Chávez for Netflix. Gentefied is a genuinely fun show with several loveable characters. The first season depicted the members of the Mexican family working for their dreams in fast-moving America. Also, the first season of the show received positive feedback from critics and audiences alike. And fans are getting ready for Gentefied Season 2, which is releasing on Wednesday, November 10. So, don’t miss it.