The Book Of Boba Fett Season 1 Release Date Announced, Get Ready For Some Intergalactic Action! 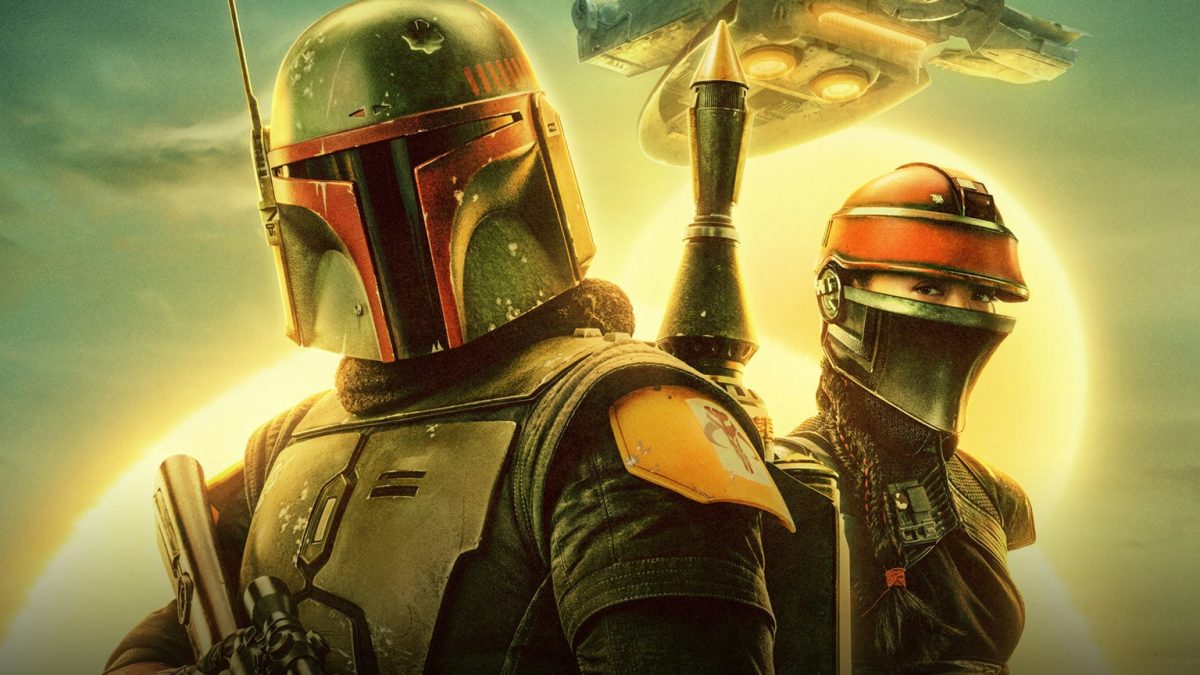 Stars Wars fans are up for a long-due treat as Disney + has released the trailer for The Book of Boba Fett Season 1. Disney first teased the show in the post-credit scene of The Mandalorian Season 2 finale. The space adventure series created by Jon Favreau will be a spinoff in the legendry Star Wars franchise.

In that, Boba Fett and Fennec Shand reach Tatooine located Jabba the hut’s old palace. The Book of Boba Fett series will feature the archetypical bounty hunter Boba Fett from iconic Original Star Wars films. And fans are excited for Boba Fett’s story ever since creators hinted at it. However, the latest trailer has led to massive hype for the series.

The Book Of Boba Fett Season 1: Trailer Out

Disney dropped the trailer for The Book of Boba Fet Season 1 on November 1, 2021. The trailer revealed Temuera Morrison returning in his role of Boba Fett. It sets up the upcoming show as an intergalactic crime drama filled with action and space adventure.

The trailer shows people staring at Boba Fett and Fennec Shand as they walk. There are other aliens, and a massive city is placed inside a crater.

No longer willing to serve greedy and evil overlords like Jabba the Hutt, Boba Fett is creating his own empire with assassin Fennec Shand. We hear Boba saying, “Jabba ruled with fear. I intend to rule with respect,” as he prepares to take on enemies. The promo is enough to prove that the upcoming addition to the Star Wars universe will be packed with action.

The trailer does not reveal too much about the series. However, it indeed gives us glimpses and hints about what will happen in the show.

Who Is Boba Fett?

In the Star Wars Universe, Boba Fett is a clone of Jango Fett. Jango Fett consented to be the Grand Army of the Republic’s template and demanded a clone that was unchanged by programming or growth acceleration. This clone was Boba Fett. Jango raised Boba as his own son. However, the Jedi Master Mace Windu murdered Boba’s Father, which resulted in Boba’s deeprooted abhorrence towards the Jedis.

During the rule of the Emperor, Palpatine Boba went on to become one of the ferocious and fearsome bounty hunters. Boba has worked for many galactic overlords, including Jabba the Hutt. Boba is the one who apprehended Han solo on the order of Jabba the Hutt. he was presumed dead after the events of ‘Return of the Jedi.’ However, he returned for an appearance in The Mandalorian season 2.

Disney Studio hinted about the Book of Boba Fett during the season finale of The Mandalorian season 2. Although, it was not before November 1, 2020, when the creator announced the show’s official release date along with a trailer.

The Book of Boba Fett Season 1 will hit the Disney+ streaming service on December 22, 2021. The studio follows the pattern of weekly episode releases. Thus, we can assume that the case will be similar to this Star Wars spinoff drama.