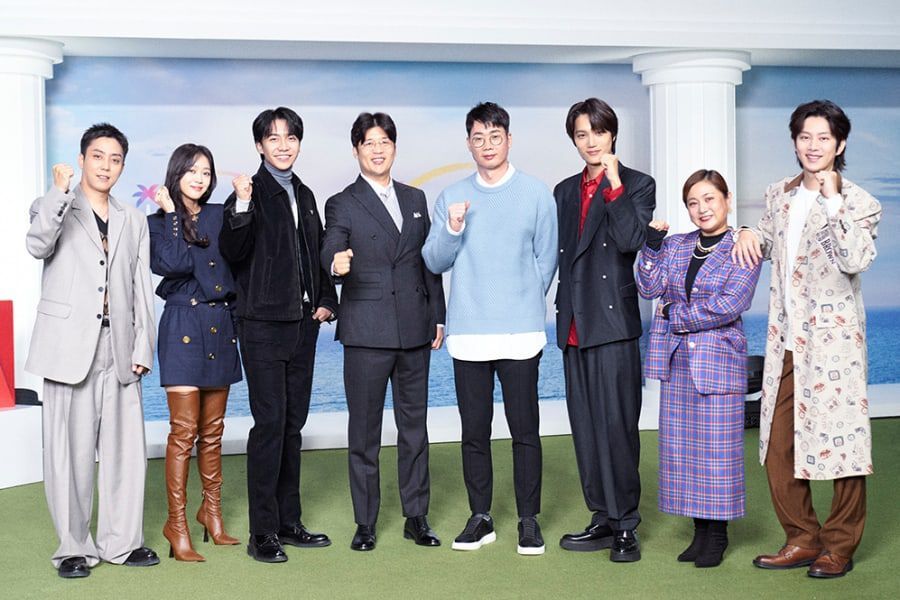 South Korean TV industry has impacted audiences with beautiful K-dramas that connect with viewers worldwide. However, the industry is also focusing on the reality genre and producing shows like Weekly Idol, Home Alone, Busted, New World, and many others. One of the most popular K-reality shows on Netflix is New World, which premiered on the network in November 2021. Not just that, fans are so hooked on the show that they are already looking forward to New World Season 2.

The show lasted for six days, focusing on various celebrities of the Korean industry competing against one another for a grand prize. New World has been positively acclaimed and managed to gross impressive ratings of 8/10 on IMDB and 8.4/10 on MtDramaList. Thus, the dedicated fans of the K-reality are eagerly waiting to know if New World Season 2 is on the cards or not. So, keep reading to find everything you need to know about the second installment. But before that, let’s take a look at what the show is about.

What Is The Concept Of New World?

The show portrays an imaginary state of utopia where everything seems to be perfect. Six variety entertainers are taken on a trip to the island where they spend six days. They are assigned various tasks, duels, and twists that define their journey and who moves forward on the show. They devise strategies to go through various survival challenges and earn virtual currency that they get to cash out on their final day at the mysterious island.

The imaginary world and its environment allow the celebrities to realize their greatest dreams through mysterious concepts uncanny to real life. The six celebrities arrive on the island, studded with dream homes and surreal adventures. They stay there for six days going through different challenges and competing against one another to win a huge cash prize in the end.

Will The Show Return For New World Season 2?

The show concluded its first installment in December 2021. Since then, the dedicated fans have been eagerly waiting for the network to renew the show for a second installment. Unfortunately, Netflix has not made a decision on the show’s future yet. The streamer has neither renewed nor canceled the show. However, looking at the ratings and response, fans can hope to get a renewal for New World Season 2 soon. Although, it might be a while before the streaming platform decides about the show’s future.

The K-reality show has managed to top the list of most-watched shows on Netflix in six countries, including South Korea, Hong Kong, Vietnam, Singapore, Malaysia, and Indonesia. Thus, it is highly probable that the reality series would return for a second season with some new stars. Moreover, the show was shot in a matter of six days. Thus, it won’t take long for the network to finish production if the show returns for another season.

What Transpired In The First Season Of New World?

New World began with six famous Korean stars arriving on the island and witnessing the sight of their dream house and getting introduced to the surreal experiences that await during their six-day stay. The competition kicked off with the Welcome Ceremony, where the members opened Pandora’s box with introduced them to the rich and unimaginable possibilities of the awaiting challenges.

The selection of the various activities and each competitor’s fates depended on the majority rule, resolving through voting. Moreover, the Shadow Store was introduced, comprising various things for sale. The competitors continued to fight against each other for the prize money through an igniting battle during midnight.

After a series of breathtaking challenges throughout five days, the final contestants moved on to their final test on the sixth day. However, an unexpected pair turned around the whole game during the final dinner. The cast was assigned with one final task, which determined the winner of New World in the first installment. And things are expected to get more interesting as we expect the game to evolve to a higher level in New World Season 2.

The enriching star cast of New World will be decided when the show receives renewal for the second season. In the first installment, the show featured six Korean stars, including Lee Seung-gi, Park Na-rae, Kai, Kim Hee-Chul, Jo Bo-ah, and Eun Ji-won.

The 35-year old Lee Seung-gi is a popular Korean actor, singer, host, and entertainer. Lee has numerous hit songs like “Because You’re a Woman”, “Will You Marry Me”, “Return”, and “The Ordinary Man”. Moreover, he has also appeared in several popular dramas like “Mouse”, “Vagabond”, “A Korean Odyssey“, “You’re All Surrounded”, and many more brilliant shows.

Meanwhile, Park Na-rae is a renowned South Korean comedian handled by JDB Entertainment. She had been a part of various concerts and stage shows. She has a book titled “Welcome To Narae Bar.” In addition, she also launched her own Netflix stand-up show, “Park Na-rae: Glamor Warning.”

The 28-year-old Kim Jong-in was the third contestant on New World. He is a famous Korean singer, model, actor, and dancer. He has made several appearances in popular dramas like “Choco Bank”, “Andante”, and “Spring Has Come”.

Kim Hee-chul is a member of the Korean boyband Super Junior. He is a talented singer, songwriter, presenter, and actor. He has appeared in a teen drama, Sharp 2, and hosted a radio show, Show Music Core.

The thirty-year-old South Korean actress, model, and host Jo Bo-ah was the fifth contestant on New World. She is known for her popular appearances in “Temperature of Love”, “Goodbye to Goodbye”, “My Strange Hero”, “Forest”, and “Tale of the Nine Tailed.”

Eun Ji-won was the last contestant of the K-reality show. He is a famous rapper, singer, host, dancer, and composer. Hi-won is also the leader of the first generation idol group Sechs Kies. He has also made appearances in hit shows, including “2 Days & 1 Night”, “Reply 1997”, “New Journey to the West,” and “Kang’s Kitchen.”

New World Season 2: When Will It Return?

Unfortunately, the show has not been renewed for the second installment yet. Thus, fans might have to wait a while before an announcement comes. However, if the show is renewed before the first half of 2022, fans can expect to see New World Season 3 towards the end of 2022. So stay tuned for more thrilling news updates only on TechRadar247.com.