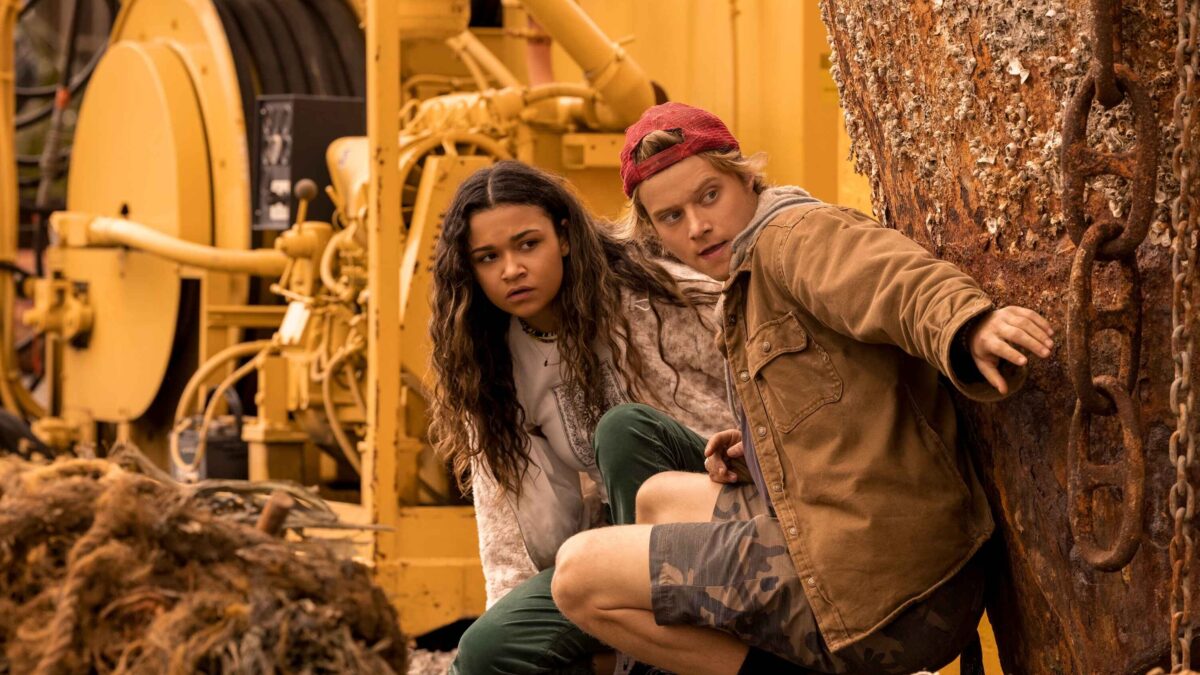 Ever since the second season of Outer Banks premiered on Netflix, fans have been eagerly waiting for Outer Banks Season 3 to find out what’s next for their favorite characters. And we have brought some exciting details for you to cherish the day. The filming for the next run of the series has already begun. So, we are one more step close to the premiere of the third season.

After the premiere of Outer Banks Season 2 on Netflix on July 30, 2021, fans were keen to know all the updates about Outer Banks Season 3. Now, we have some good news for these fans. We know that Netflix already renewed the series for a third season back in December 2021. And now, the production for the upcoming season has been officially commemorated as per the post shared by Netflix.

The streaming giant confirmed the news on their social media handles, including Twitter and Instagram. The Instagram post from Netflix’s official handle was captioned, “don’t call, don’t text. no service in poguelandia. OBX 3 is BACK IN PRODUCTION 🤙.” In the picture, viewers can see the main cast members having fun on the set while carrying their surfboards.

Talking about the release date, there is no confirmation about the official premiere date of the third run as of now. However, the filming for Outer Banks Season 3 has already begun. And given the time it takes to complete the production and post-production stage, we can assume the third season may hit Netflix sometime in from early to mid-2023.

Will John B. Sr. Kill Ward In Outer Banks Season 3?

John B. has been searching for his father, John B. Sr., for a long time. He didn’t know what had happened to his father following his absence until he drew closer to Ward Cameron. Ward pushed John B. Sr. when an argument over treasure erupted aboard the boat, causing his head to hit the boat and bleed. With this, Ward went from being the affluent, “good person” to the worst character on the Outer Banks. And it was assumed that John B. Sr. was killed after Ward tossed him overboard.

Although in the second season, it was discovered that John B. Sr. was still alive. However, a Redditor pointed out that John B. Sr. will be “the one to eventually kill Ward” now that Ward is roving the streets rather than being in jail. Given Ward’s attempt to murder him, it’s a realistic argument. And fans are certain that John B would seek vengeance for what happened to him in Outer Banks Season 3.

Will Pope Get Justice?

When Pope discovered that he was connected to Denmark Tanny, he was taken aback. Tanny was a formerly enslaved man who was the lone survivor of the Royal Merchant shipwreck. He used the gold to free himself and his family and aid other enslaved people. However, viewers eventually learn that Tanny was murdered while attempting to bury his wife. With the revelation in the second season that Pope’s family is connected to Denmark Tanny, several fans wonder how this will play out in Outer Banks Season 3.

Sarah and John B. progressed from civil to foes to friends to lovers. Many people believed that their love story was rushed. However, because they had been through so much together, their affections for each other grew stronger.

After a tumultuous few weeks, John B. proposed to Sarah, who accepted. They had their own ceremonies and were now legally married in their view. Even though they were not officially married, a Reddit member believes a real wedding is on the way. Sarah and John B. have a real wedding. According to him, it would take place at the end of the season. However, it might occur at any point during the game.