Rebelde Season 2: Did Netflix Renew The Show? Andi and Emilia’s Romance Coming Up 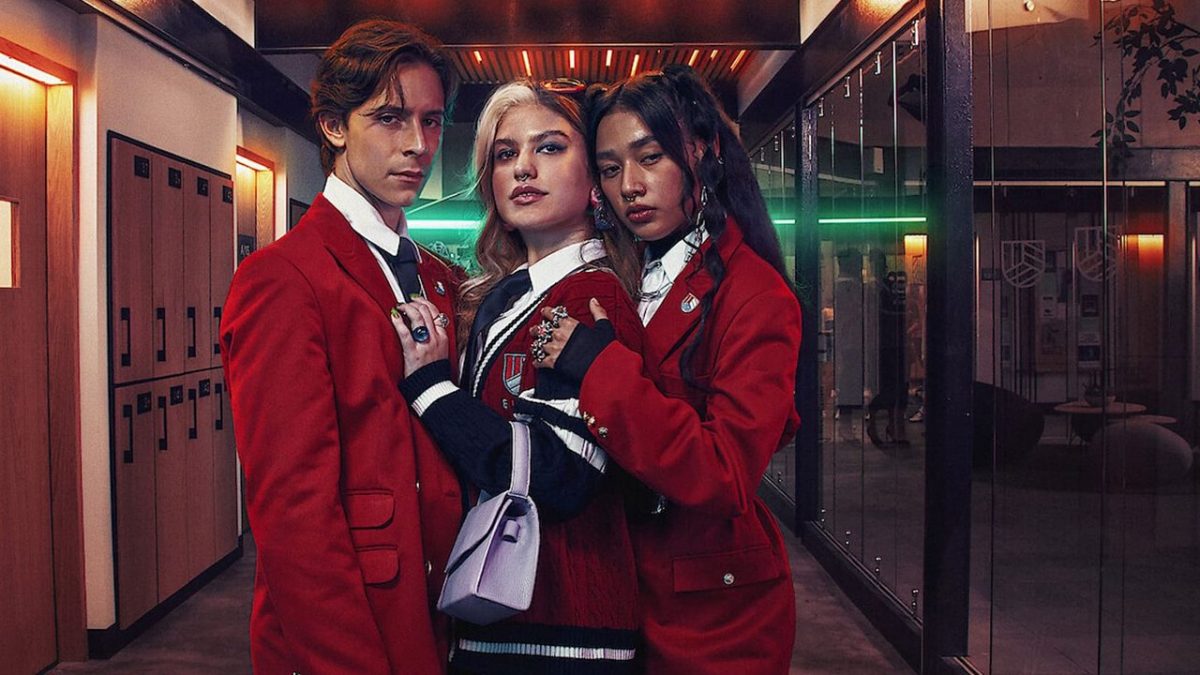 Netflix released the rebooted version of popular telenovela titled Rebelde in January 2022. The first season was filled with school politics and musical battles that got the fans hooked. Now, these fans are waiting for the release of Rebelde Season 2 to see what happens next in the story. Will the show return for another season? Let us find that out below-

Rebelde Season 2: What Will Happen?

The first season of the series revolved around Mj and her pals as they created a band named The Nonames in the boarding school. They also chose to participate in The Battle of the Bands. However, when an elusive group named The Lodge started threatening the students, it was chaos all around. In the first season, viewers saw friendships being tested. The first season also revealed some unsettling backstories of the members of The Nonames as they prepare for the finale of the competition.

At the end of the first season, The Nonames were permitted to compete in the finals. However, instead of the leader of The Lodge, Sebastian, Luka was ousted from the school because of internal politics. Then, Emilia left Sebastian in a shocking turn of events. At the same time, Mj also separated herself from the band and joined Sebastian to perform with him. Eventually, The Nonames exposed the truth about the Lodge and the school before their performance on stage.

Now, if the series is recommissioned for Rebelde Season 2, it will pick up the story after the events of season 1. The second season will feature the Battle of the Bands. Viewers will see what happens with The Nonames after MJ has betrayed them. Well, the group will overlook her for her treachery. Further, in the next season, fans might also see what’s next for Luca after he was expelled from the school. Meanwhile, Andi and Emilia’s romance will also come up more in the next season. In addition, viewers can also expect a lot of school politics, rivalries, and conflicts in Rebelde Season 2.

Will There Be Rebelde Season 2?

All the episodes of the first season of Netflix’s reboot series Rebelde on January 5, 2022. Now talking about the Rebelde Season 2, there has been no official announcement about the renewal of the series from Netflix yet. This might be because of the fact that Netflix generally takes a few months to see how a show is performing before taking the decision of whether to renew the series or not.

The ending of the first season left a lot of room for the story to continue in Rebelde Season 2. But we have to wait till anything is confirmed officially. If the show gets renewal by Netflix, then considering the time required for production and post-production, it seems safe to say that it will premiere around mid-2023.

Meanwhile, Rebelde also stars Alejandro Puente as Sebastián “Sebas” Langarica-Funtanet, Giovanna Grigio playing Emilia Alo, Estefanía Villarreal appearing as Celina Ferrer, and Leonardo de Lozanne in the role of Marcelo Colucci. If the series returns for Rebelde Season 2, then most of the cast members are expected to return to their respective roles.