Home Entertainment The Curse Of Oak Island Season 9 Episode 22 Sneak Peek: Team Is Close To Unearth The Treasure In “Yes We Can”!
Entertainment News

The Curse Of Oak Island Season 9 Episode 22 Sneak Peek: Team Is Close To Unearth The Treasure In “Yes We Can”! 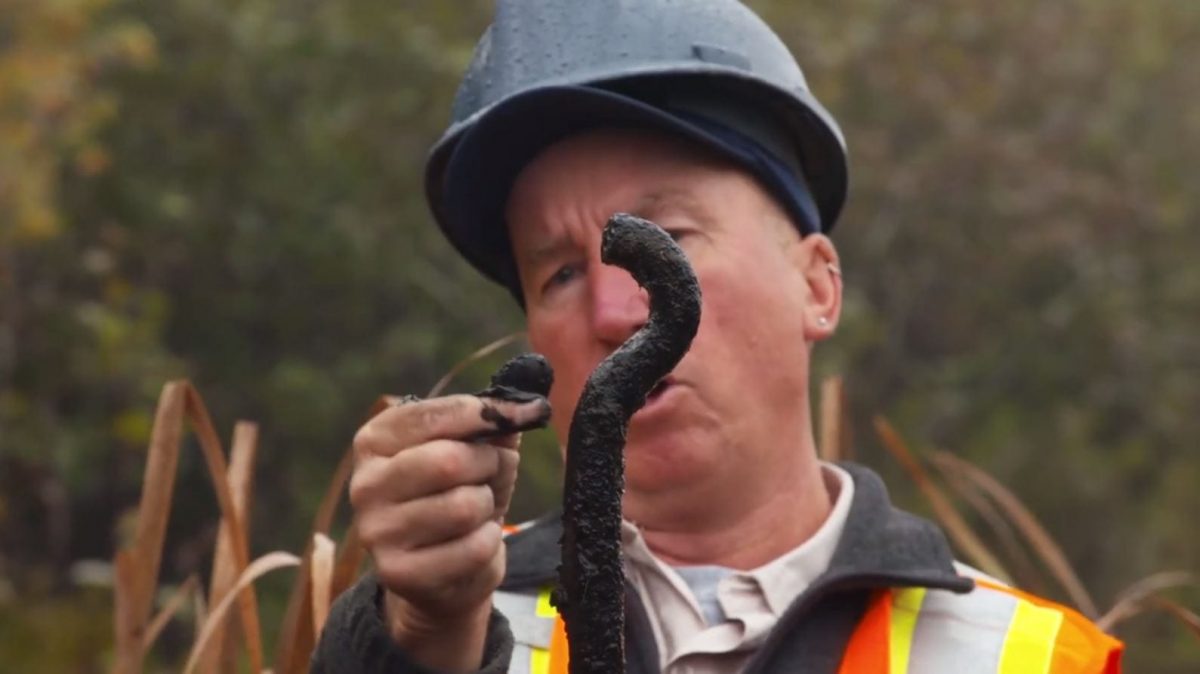 In The Curse Of Oak Island Season 9 Episode 22, the team will feel more optimistic than before as they are close to unearthing the legendary treasure. Throughout the show, the viewers have seen unearthing many artifacts and clues that point to the legendary treasure direction. But despite this, it took many years to get closer to the treasure. However, the last episode gives some hope that they will soon find what they are looking for. Keep reading for more details.

The Curse Of Oak Island Season 9 Episode 22 Preview: What Will Happen Next?

The Curse Of Oak Island Season 9 Episode 22, titled “Yes We Can,” will continue from where it left off. The team will dig deeper into the swamp to unearth more clues. From the beginning, the team stands firm to the theory that a ship’s perhaps buried inside the swamp. That used to unload the treasure. Now that they find the wooden block in the last episode, it hints that perhaps their theory is correct. So, it will require them to continue their digging work to uncover the mystery behind the hard strata.

Meanwhile, as winter approaches, they need to speed up to complete their digging plan in the money pit. They have found coconut fibers from there, then a wooden block, and now some hard strata. It seems like they are close to unearthing the treasure. On the other hand, the Knights Templar lead will leave the team members to prepare for some more expeditions. They will again unearth some clues that will take them closer to their treasure hunt.

The Curse Of Oak Island Season 9 Episode 22, titled “A Lot Of Secrets,” dealt with a new mystery. Legendary Dan Blankenship soon identified a set of tunnels that consisted of non-ferrous metals like gold and silver. However, Dan couldn’t find it more as they couldn’t access that borehole drill. They only dug two boreholes, while Dough Crowell accepted that they needed to dig 16 holes to get the apt result. Unfortunately, they suffered disappointment as the Geologist Terry Matheson revealed that they couldn’t make tunnels there.

This is because the soil is unstable for the tunnels. However, Barringer concluded that they would explore the site later. But in the end, the things turned fruitful as we saw the guys digging at the swamp’s edge. Billy Gerhardt brought a bucket and scooped out the soil, which they had never done before. The team later revealed that they were searching for some evidence of a wharf that is generally used to unload treasure. Later Billy’s digger pulled up a wood piece that they conclude belongs to a ship.

However, Billy’s digger concluded that they couldn’t dig deeper because a large object was buried underneath the soil, preventing their giant bucket from going further below. Rick told his fellow mates that they needed to find out what was there, at any cost. The team thinks that they might find a ship inside the swamp. Well, throughout the show, the team has been stuck to the theory that an ancient ship is buried inside the swamp, and now they are closer to unearthing it.

The Curse Of Oak Island Season 9 Episode 22, titled “Yes We Can,” will air on Tuesday, April 12, 2022, at 9 pm ET only on History TV. The latest episodes will follow a weekly release schedule with a runtime of around 45 minutes. In case you missed the show, you can catch it on History TV’s website. Further, you can stream the show online on DirecTV, Fubo TV, Sling TV, and Philo TV. Stay tuned. TechRadar will keep you updated.