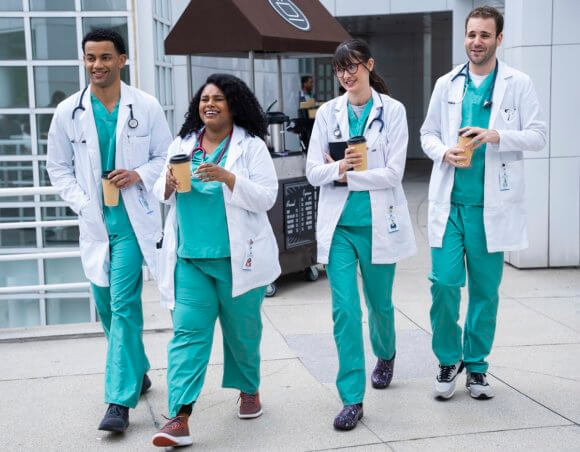 In the last episode of The Resident Season 5, viewers saw ER workers trying to operate on an older woman named Gloria. Still, her case was critical as the medication she took for years had intensely damaged her organs. Now, as we gear up for The Resident Season 5 Episode 18, let us see what’s next.

The Resident Season 5 Episode 18 Preview: What Will Happen Next?

The upcoming eighteenth episode of The Resident Season 5 is titled “Ride Or Die.” In the next episode, Conrad will go against the people in a pharmacy who are selling medical drugs by using his fake prescription. Meanwhile, the episodes will show us the workes of the ER being overwhelmed when multiple victims of a racing accident are admitted with critical injuries.

Here’s a look at the official synopsis of The Resident Season 5 Episode 18 released by the network, “When Conrad confronts a pharmacy owner about fraudulent prescriptions being filled under his name. The situation takes a dangerous turn; the ER is sent into chaos when a street racing accident results in multiple severe injuries.”

Episode 17 of The Resident Season 5 w as titled “The Space Between”. In the episode, viewers saw Dr. Bell, Devon, and Kit take the three newly hired interns to a senior citizen’s home and demonstrate to them how to work with the older people. And become a gerontologist. Meanwhile, Padma was in haste and excited to finalize the sperm donor. As a result, Leela was concerned about it. Also, Conrad admitted Gigi’s friend Pete to the ER as he had a serious stomach ache.

Moreover, Devon and others took in Glorian, an older woman who lived in a senior citizen home. Dr. Kravitz once loved Gloria. Viewers learn that Gloria’s condition is getting worse as years of medication have severely damaged her body. Therefore, Zack and Devon go through the meds she has been taking to find out what is the main problem with her.

But, Unfortunately, their efforts failed as Gloria was too critical, and her body couldn’t survive the surgery. On the plus side, Conrad successfully found the treatment to stabilize Peter’s situation without the need for surgery. At the end of the episode, Padma finally understood the reason behind Leela&# 8217;s concern about going ahead with a stranger as the donor. Ultimately, Padma gathered the courage to ask Austin to donate sperm for their baby as she made a big decision as she trusted him.

The Resident Season 5 Episode 18: When And Where To Watch!

Fans are eagerly waiting for the Eighteenth episode of The Resident Season 5 since the previous episode aired. The Resident Season 5 Episode 18 is set to release on Tuesday, April 12, 2022. Fans will be able to catch the fresh broadcast on the Fox network at 8 PST. Meanwhile, the episode can also be streamed on Hulu and Amazon Prime if you miss the broadcast.