Tomorrow Ep 5: Ryeong & Jun-Woong Solve The Mystery Behind Na-Young’s Death After Her Husband Confessed To Killing Her! 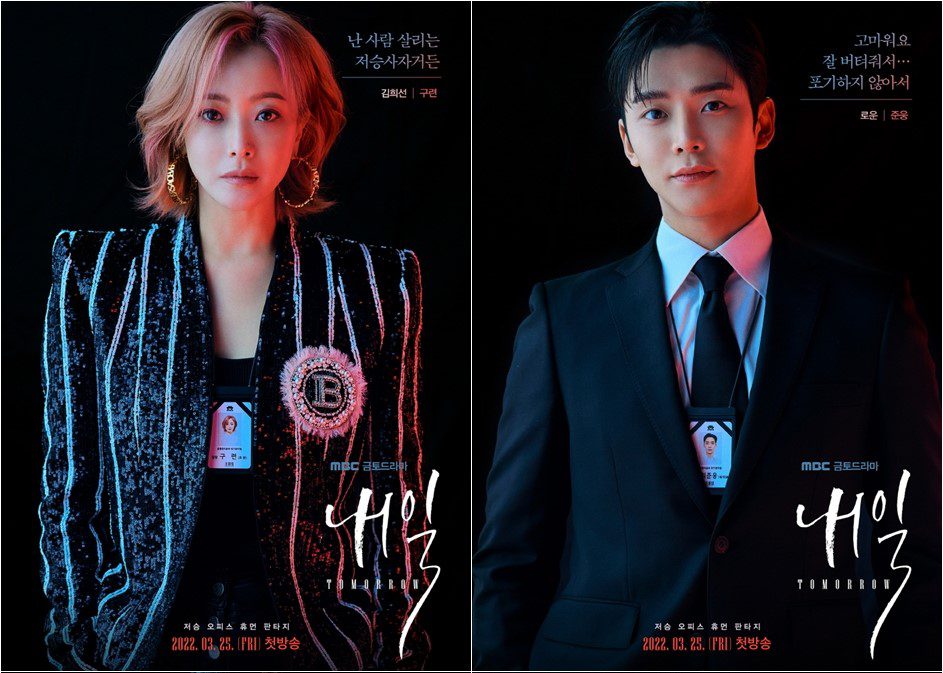 It looks like Ryeon, Ryung-Gu, and Jun-Woong will dig deeper into na-Young’s death in Tomorrow Ep 5. Her husband claimed to have killed her. Kang Woo-Jin tried to kill herself for the same reason. Ryeong will try to hide Na-Young from Jung-Gil until they solve the mystery in the upcoming episode. So, keep reading to know all the details about the fifth episode.

Tomorrow Ep 5 Preview: What Will Happen?

While the Escort Team and Jung-Gil try to find the Na-Young’s missing soul, Ryeong will try to cover the mystery behind her death. Her husband Kang Woo-Jin, who tried to kill herself, confessed to killing her. Hence, the upcoming episode will uncover the events of na-Young’s death. Ryeong and her team will do anything to solve the mystery before sending Na-Young to the afterlife in Tomorrow Episode 5.

Jun-Woong and Ryeon broke a Reaper rule of not interfering in human affairs in the previous episode. The duo ends up saving Jae-soo’s father, who tried to kill himself, while the kid was with his ill mother at the hospital. They travel back and forth between the past and present to inspire Jae-Soo’s father to live and make things right. The two timelines were intertwined, resulting in a lot of changes in the future in Tomorrow Ep 4.

A year ago, some Death Angles were chasing Seo Ju-Wan, who was involved in sexual assault. A young Ryeon was interrupted by the team leader Jung-Gil. He admitted that there was another soul out there. They looked across the wall and saw him almost falling off. The man happened to be the same person that Ryeon saved during her rookie days.

Further, the King of Heaven found out about Ryeon breaking the rules. She was forced to wear an unremovable ring for seven days, taking her powers away. Ju-Woon apologized to her as he felt it was his fault. He asked her to punch him, but she sent him to bring three coffees. Ryeon met another spirit Na-Young, who was happy that she could see her. Na-Young passed away at the hospital, and Jung-Gil showed up to take her away. But she escaped and had been hiding ever since. Ryeon and Ryung-Gu decided to report the matter to the Escort team.

However, Na-Young revealed that her partner was on the verge of killing himself. Ryeong and the Escort team had a conflict when she decided to help Na-Young. Luckily, saving her partner Woo-Jin’s life came under Ryeong’s role, frustrating Jung-Gil. Na-Young used to be a ballet dancer, but she felt like giving up after suffering from an ankle injury. But, Woo-Jin always motivated her to keep going. Luckily, Ryeong convinced Woo-Jin to not kill himself. Shockingly, he was the one who killed Na-Young in Tomorrow Ep 4.

MBC will air Tomorrow Ep 5 on April 15, 2022. The network broadcasts two new episodes weekly on Fridays and Saturdays at 10:00 p.m. KST. And the current season will feature 16 episodes in total.

International viewers can stream the upcoming episode on Netflix and Dramacool. So, don’t forget to watch the fifth episode and keep returning for more thrilling episode previews only on TechRadar247.com.