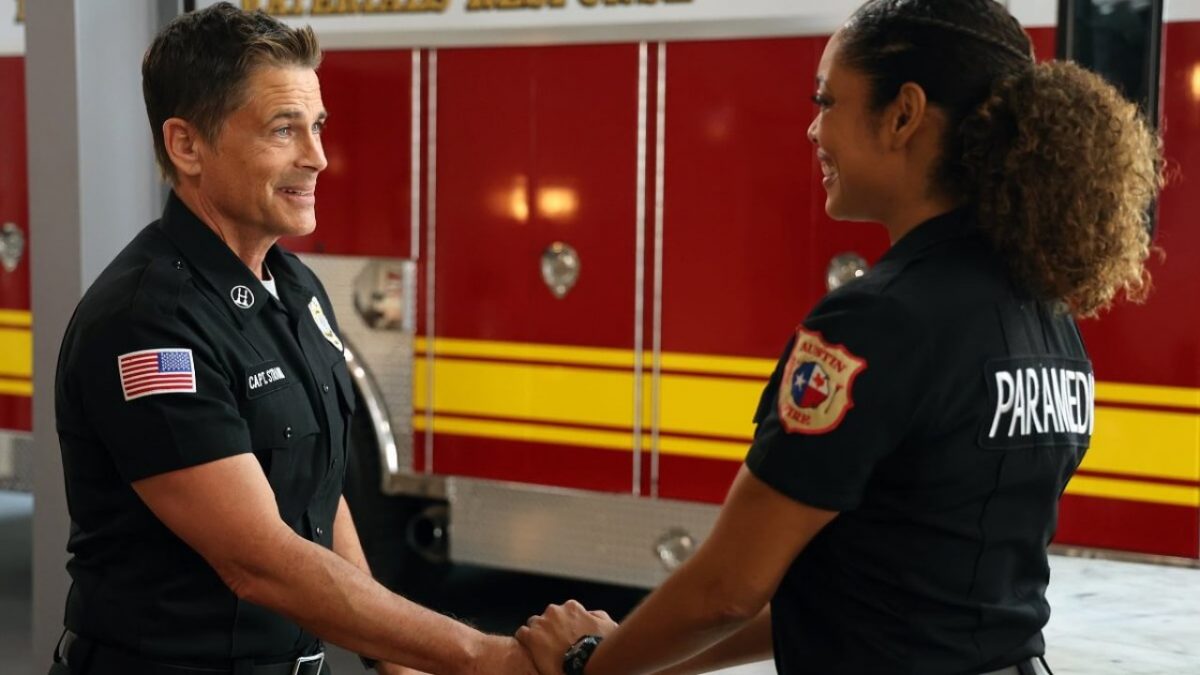 It looks like 911: Lone Star Season 3 Episode 14 will air sooner on your screens. In the next episode, the team will deal with plenty of cases together. However, they might be connected to each other, creating more chaos in 126 team members’ lives. Owen will find himself in a tough situation and worry about his action’s consequences. Tommy will also deal with her first date night and might appear surprised to see a visitor who will refresh some past memories. Keep reading to know more.

911: Lone Star Season 3 Episode 14, titled “Impulse Control,” is written by Brad Falchuk. Tommy’s brother-in-law will come to town in the upcoming episode, creating an intense environment between Owen and him. Marjan is done with Owen’s weird nature. So, he will sit down with him. Since the issue between them is creating problems in the whole team’s life, it would be great if they both dealt with the problem together.

Menwhile, Tommy will try to cheer her up after her date night which went wrong. However, she will face some issues when unexpected family members visit her. This visit will bring out intense flashbacks and emotions in Tommy’s life. But soon, they will learn that all the cases have some connection. So they will try to find some links.

Apart from it, Owen and the other 126 members will race to save someone’s life. They will respond to an emergency at a fast-food drive-thru. A car distraughtly runs on the road, creates problems for the other passerby, and finally crashes. The car crash appears brutal, and the 126 team tries to save the person’s life. But it somehow connected with a high-school wrestling match. After the crash, the survivor tries to shoot someone, but Owen rushes to snatch his gun in 911: Lone Star Season 3 Episode 14.

The previous episode, titled “Riddle Of The Sphynx,” dealt with Carlos’ feelings as he thought T.K. was spending more time with his new AA sponsor Cooper than his boyfriend. But things resolved smoothly between them, and Carlos encouraged T.K. and Coop’s friendship. Meanwhile, Catherine was out of town to celebrate her weekend. So, she asked Owen to babysit the hairless cat that she and her ex-husband shared.

When an older man appeared with a hairless cat, Owen believed that Catherine liked older men, perhaps because of her daddy issues. But he later learned that the man was her father-in-law. However, Owen’s relationship with Catherine is up in smoke. Elsewhere, Tommy finally decided to go on a date with a man after her husband’s death last season. Morris, Tommy’s grief support group member, knows pretty well about her, but he spent the entire dinner time sobbing about his wife.

911: Lone Star Season 3 Episode 14, titled “Impulse Control,” will air tonight on your screen. On Monday, April 18, 2022, it will air on Fox at 9/8c. The all-new episodes will follow a weekly release schedule airing every Monday night. Fans can watch 911: Lone Star on live-streaming platforms like DirecTV, Fubo TV, Sling TV, and YouTube TV. Stay with us to know more. TechRadar247 will keep you updated.