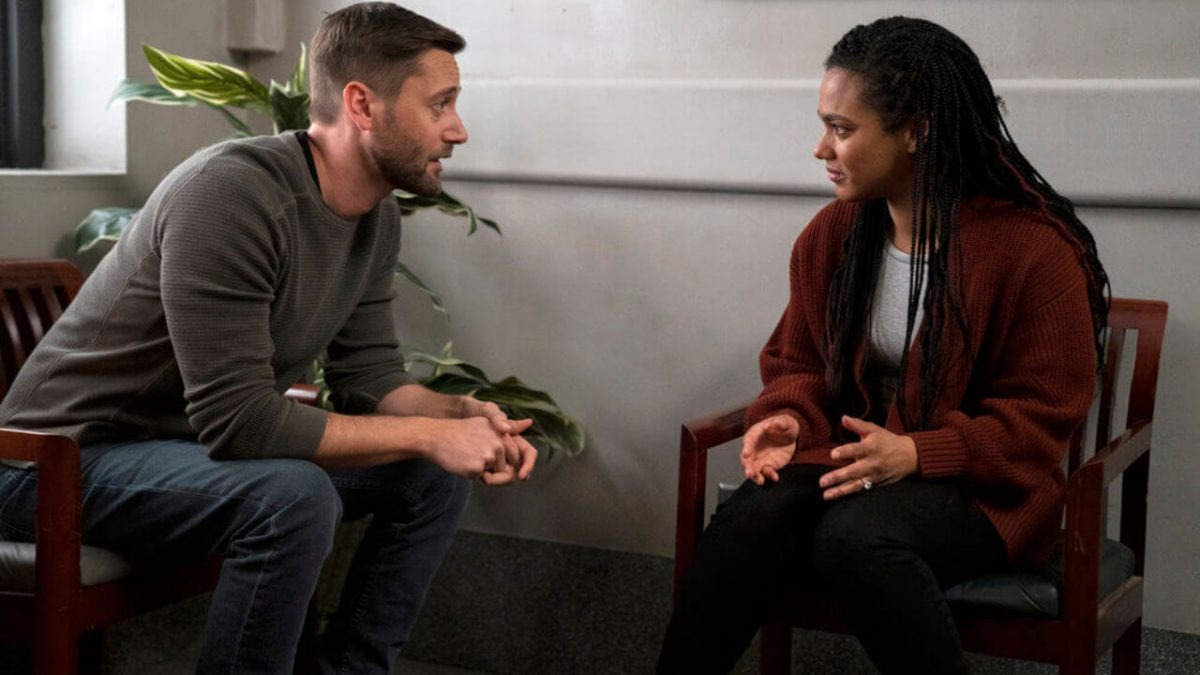 New Amsterdam Season 4 Episode 18 will continue to deal with Max and Helen’s story. Well, the last episode was a hell of a ride for Helen, who was hospitalized due to drugs in her system. That led to a massive stroke, and now she’s unable to speak. It will be quite hard for her to learn everything from scratch. But Max will help her and stay beside her in this tough situation. Keep reading to know more.

New Amsterdam Season 4 Episode 18 Preview: What Will Happen Next?

New Amsterdam Season 4 Episode 18, titled “No Ifs, Ands Or Buts,” is written by Graham Norris, and Rachel Leiterman directed it. Veronica Fuentes has been absent since the beginning of this season. Now it seems like she will leave for good. This is because Max maps a plan to terminate Dr. Fuentes from New Amsterdam once and for all. Apart from this, Helen suffered a massive stroke that resulted in losing her voice. Now she has to re-learn how to speak. It could be difficult for her to manage. But Max will support her in every step.

Well, they wanted to celebrate their engagement, but things didn’t go as per their plan. However, they are committed to each other, and no such issue could create problems in their life. Further, in the promo, we can see Max is trying to stay updated about Helen’s status while Helen seems frustrated as it becomes quite difficult for her to deal with the situation. Meanwhile, Iggy will deal with a couple dealing with their breakup. That let him reconsider everything. Now he has to consider his own marriage.

In the previous episode, titled “Unfinished Business,” Max spotted Helen on the ground, so he quickly took her to the hospital and told the ER staff that she had shallow breathing and a weak pulse. Later it revealed that the bartender spiked her drink, and now there was a drug in her system. After taking a body scan, Max learned that she had multiple clots in several places. Helen begged to let her know more. So, Max revealed she needed five surgeries, including a hysterectomy. She refused at first as it could change her future.

However, they performed a risky procedure to save Helen. Meanwhile, Iggy tried to call Trevor. He kept on trying, and finally, Trevor answered. He said he was fine but was in another hospital. The paramedics picked him up after he passed out on the train. He later asked about the last night. But Trevor said nothing had happened. Martin heard the entire conversation. Iggy tried to defend himself. But it didn’t work out. Later at home, Iggy and Martin fought, where Martin told Iggy that he wasn’t happy to see him flirting with another man in New Amsterdam Season 4 Episode 17.

New Amsterdam Season 4 Episode 18, title “No Ifs, Ands Or Buts,” will return tonight on your screen. It will air on Tuesday, May 3, 2022, at 10/9c only on NBC. The all-new episode airs every Tuesday night. You can also stream New Amsterdam on NBC’s official website. Further, the show is also available on Peacock. Stay tuned. TechRadar247 will keep you updated.