Floor Is Lava Season 2: Releasing Sooner Than Expected! Know Why Planetarium Is The Toughest Course 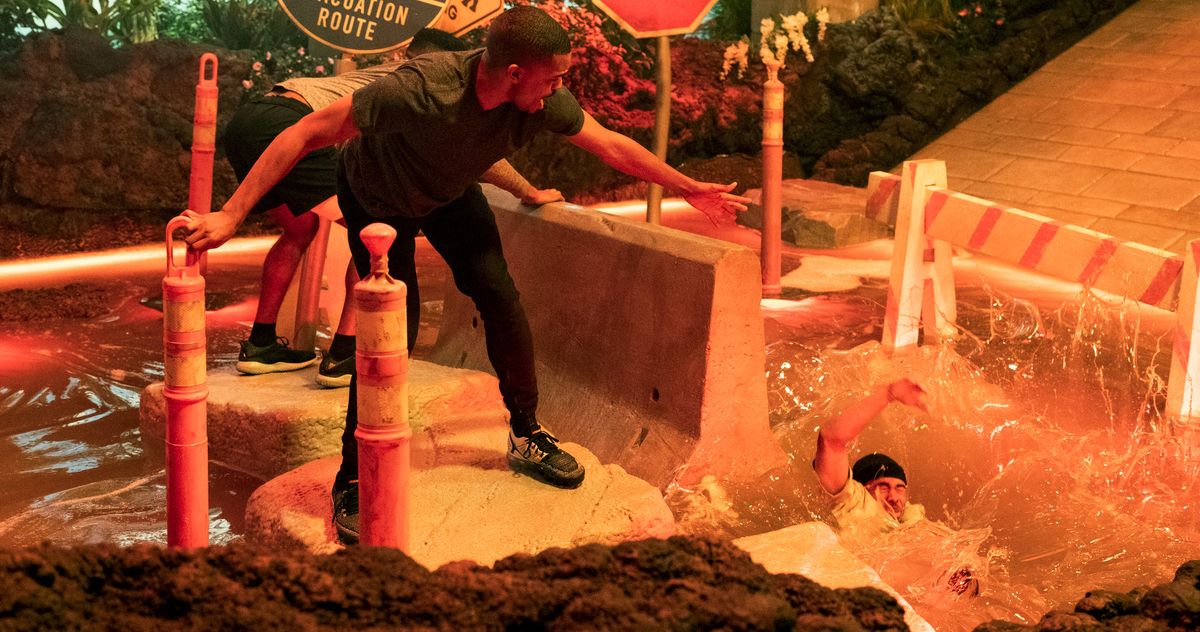 In 2020 Netflix dropped the first season of the immensely popular reality game show Floor Is Lava. The series created by Megan McGrath and Irad Eyal has made fans laugh and cheer for the contestants. So, fans have been waiting for the return Floor Is Lava Season 2. Now, as we are approaching the next season, here’s what we know about it.

What To Expect From Floor Is Lava Season 2?

Each season of the reality show follows the same format. In every episode, three teams are competing for a huge cash prize. The goal is to enter the chamber, navigate among the items they like, and escape without falling into the lava. The lava is an orange liquid that looks like lava because of the additional illumination. Furthermore, childhood nostalgia encourages a person to act as if it is genuine. The squad members must enter the room one by one and exit as quickly as feasible.

The barriers are hidden in chambers that resemble a cellar, bedroom, planetarium, kitchen, and study. To arrive at their target, the players can jump from bed to sofa, swing, hang, etc. The team wins the tournament with the most points. If there is a tie, the team that completes the task first wins. The winning team will get $10,000 and a “Volcano of Victory” in the shape of a lamp. So we can expect the Floor Is Lave Season 3 to continue with the show’s format with a new batch of contestants.

Why Is Planetarium the Toughest Course?

Only a few platforms are level and sturdy on the planetarium track. Many of them are spheres, which innumerable individuals have attempted to leap upon, thinking for a brief moment that they had a good grasp before slipping off and into the lava. The center spacecraft is similar to the basement pyramid. Only it’s just as tough to get on as it is to get off.

When it was utilized the second time, a trap was installed to make the already oddly shaped platforms much slicker. Unlike other courses, the initial portion of the planetarium appears to be the most difficult, making it difficult for contestants to even begin on this course. Because no portion of this course is simple, it’s not surprising that just one person completed it on the first try. A few more individuals succeeded when the course resurfaced later, but the planetarium remains the most difficult course the Floor Is Lava offers.

The first season of the reality game show premiered on Netflix on June 19, 2020. Meanwhile, we have some incredible news for all the waiting for the second season of the show. In April 2021, Variety confirmed that the show had been renewed for a second season. The next season is set to be bigger and better from what we know about.

Also Read Glow Season 4: Reason Why Netflix Canceled Such Important Series! Will It Ever Return?