Home Entertainment Julie And The Phantoms Season 2: Will It Ever Return? Know What Boss Has To Say
Entertainment News

Julie And The Phantoms Season 2: Will It Ever Return? Know What Boss Has To Say 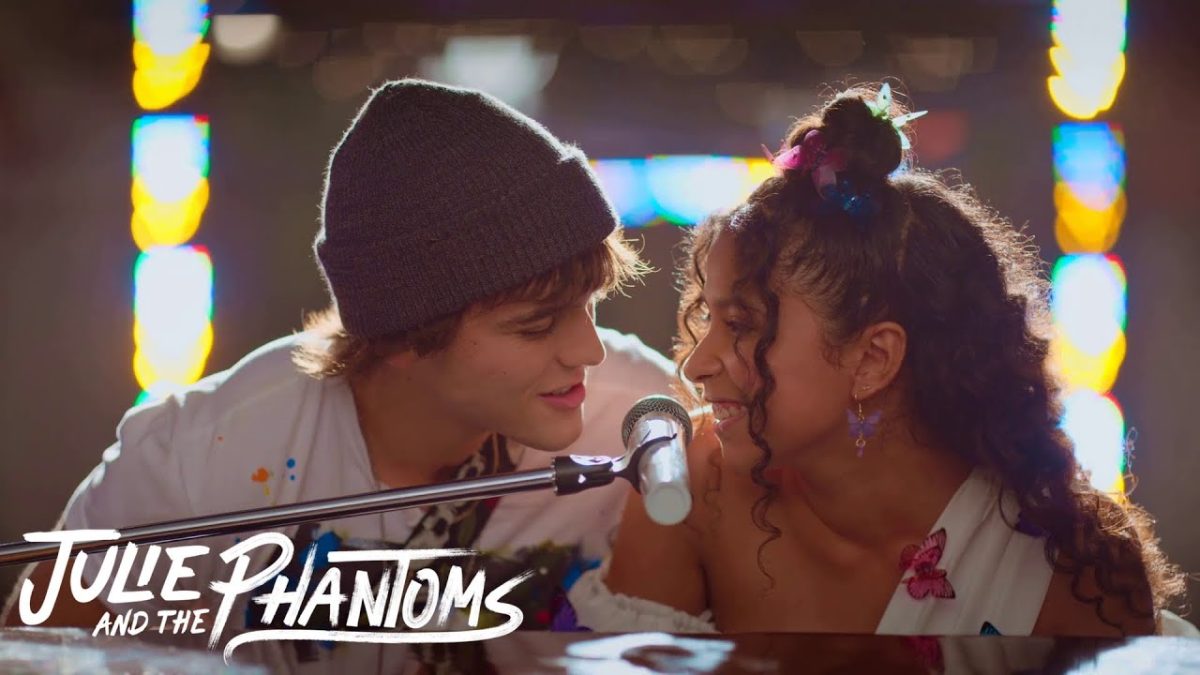 After the successful first season, fans urge to learn about Julie And The Phantoms Season 2. The three-time Primetime Emmy Award-winning series was released in 2020, and since then, fans are clamoring to learn about the second season. However, despite being a highly successful show, the streaming giant’s announcement left fans heartbroken. Will Julie And The Phantoms Season 2 ever happen? Despite Netflix’s decision, the showrunner and the audience continue to protect the show from getting shun off. Keep reading to know more.

Created by Dan Cross & David Hoge, Julie And The Phantoms follows the life of a high-schooler, Julie, who struggles to find a passion for music again after her mother dies. She tries her best to find herself. But she accidentally summons the deceased boyband Sunset Curve’s spirits during her struggle. They help her to reignite her love for music and help her to become a great singer.

Dropping in September 2020, the musical dramedy soon became the most-watched drama among kids and adults on Netflix. Even one of its songs, Edge Of Great, also won Best Musical Moment at the MTV Movie & TV Awards 2021. The show also won three Primetime Emmy Awards for its debut season. People started to believe that the show would be renewed for the sophomore run. Even the showrunner, Kenny Ortega, had high hopes. Producer Shawn Williamson told CinemaBlend that they would get a second season.

The first season’s success hints that the streaming giant won’t take much time to announce its decision. Soon the fans took to social media to learn about the future of Julie And The Phantoms. But a year and a half passed with no such news about the second season. However, in December 2021, Netflix revealed that Julie And The Phantoms Season 2 wouldn’t be happening. Soon Kenny Ortega started sharing the behind-the-scenes snaps and praised the audience for their support. Ortega revealed that they were disappointed, but they couldn’t do anything. He later told People that they were in anguish as they were prepared to learn a piece of positive news.

Soon after the streaming giant canceled the series, the avid fans signed a petition on Change.org to revive Julie And The Phantoms. The audience believed the show had brought happiness and inspired many to follow their dreams. So it’s crucial to renew the show for another season. As of now, the petition has reached 2,15,327 signatures and has yet to reach 3,00,000 signatures. Many believe that if Netflix could return with Lucifer, it could also return with Julie And The Phantoms. During its first season, the show built a strong and passionate fan base that continued to fight for the show. Because of this, the show is still a trending topic on Netflix.

As of now, the show’s fate remains in limbo. Netflix has already canceled the show, but the audience still believes they can force the streaming giant to return with the second season. So if the streaming giant returns with the second run, we expect it to undergo production in mid-2023. Well, the first season took almost six to seven months to wrap up production. So we expect the second season will follow the same timeframe. Further, the show requires some VFX work, so the post-production work will take some time to wrap up.

Julie And The Phantoms Season 2: What Might Have Happened?

Chatting to TVLine prior to the series’ cancelation, EPs Dan Cross and David Hoge revealed that the second season would focus on the band and their desire. The boys always wanted to release their music so it could reach more and more people. Luke always said that they should connect with their audience. But the group would face some obstacles during this time. Madison Reyes wanted to see more Latin culture in the show. She was influenced by her culture and wanted to know more about it. Meanwhile, Charlie Gillespie said they want to see how their superpower grows. Well, they are brand-new ghosts and are still learning how to teleport and pick up things.

But there is Caleb, who knows everything. So they need to learn from the legendary ghost. Well, the first season ended on a cliffhanger where Caleb took over Nick’s body, and it remains unclear what he’s up to. It seems like he has an evil motive against the phantom band. He wants to expose them, creating a mess for the group. Further, Julie, Luke, and Nick’s love triangle would expect to explore. Reyes told E! she is excited to see how things will unfold between them. However, someone’s heart will break in the second season.

In the season finale, Willie helped the Phantoms and Julie with their opening act for Panic! at the Disco. Carrie watched a video of the group on her computer. But her dad Trevor realized that the band had his dead Sunset Curve bandmates. As the boys prepared to join Jullie, Caleb interfered and transported them to The Hollywood Ghost Club. He wanted them to perform with him, panicking Julie. Later Julie learned that she had to perform. So instead of waiting for the boys, she went onstage by herself. As she started performing, the phantoms escaped from Caleb and joined her. She later thanked them for supporting and being with her. She asked them to join Caleb’s band, but they refused. Soon Caleb’s curse was lifted, and they hugged each other.

If the show returns, then the titular character Julie (played by Madison Reyes) may indeed return. Along with her, Charlie Gillespie as Luke, Jeremy Shada as Reggie, and Owen Patrick Joyner as Alex may also return. Besides them, Jadah Marie as Flynn will join Booboo Stewart as Willie and Savannah May as Carrie. Further, the series’ most chilling person Caleb (played by Cheyenne Jackson), may also return.

Although fans are still fighting for the renewal of the second season, chances are high that the second season might return. If it undergoes production in the same timeframe, we can expect that Julie And The Phantoms Season 2 will air sometime in early 2024. Stay tuned. TechRadar247 will keep you updated.