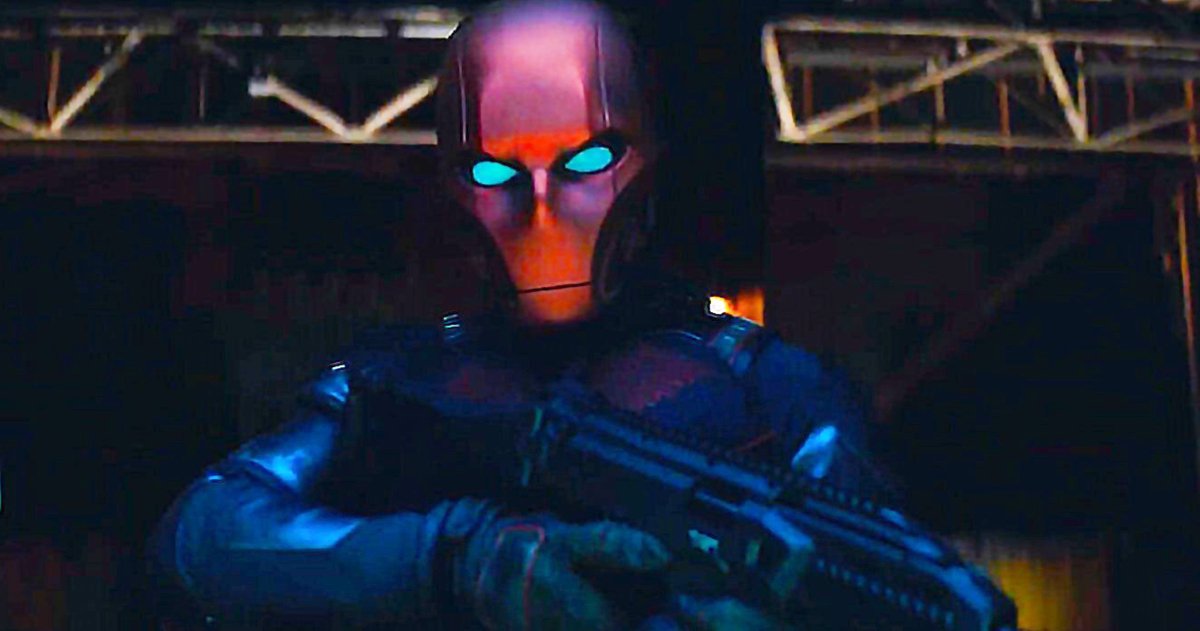 DC’s Teen Titans franchise is all set to return once again with Titans Season 3, which is becoming darker and grittier than ever. Because Titans have decided to bring Batman’s ultimate nemesis. Well, the series seems to delve deeper into the source material, ensuring a season full of weird twists and turns. However, the last season managed to conclude the Deathstroke story arc, which leads to the brutal mercenary’s death.

Meanwhile, the new Titans reunited to deal with the compelling threads which lead them to a new destiny. Further, Raven left to Themyscira to revive Donna Troy. While Starfire’s evil sister Blackfire arrived on Earth, bringing plenty of chaos in the group. But, we shouldn’t forget that the finale broke Jason Todd as the team left him behind to die. So now, it seems like a payback time for Titans.

Well, we all know Titans moved to Batman’s Gotham city after they encounter the long-time villain Deathstroke. However, the trailer teased the return of the caped crusader’s greatest nemesis of all time- Joker. Although we hadn’t seen him in real and even there’s no word on who’s playing Joker, yet the trailer hints at his return. As we can see, Jason Todd (as Robin Hood) breaks into an amusement park and discovers a corpse hanging on a wooden block.

However, the thrilling part here is the corpse is smiling ear to ear in Joker’s eerie trademark. It becomes more daunting when we hear his palpable cackle. Soon it turns into a shady scene that looks like Joker beating someone (probably Jason) with a crowbar. Although fortunately, he will survive. But, it could lead to a massive transformation in Jason’s life as later he resurrected as callous Red Hood.

Recently, Curran Walters revealed a new look of his transformation as Red Hood ahead of the third season premiere. Well, there’s no doubt that Jason survived the gruesome attack. But it seems like it would make him stronger and more ruthless than we ever saw him. Further, we can expect that the final moments will be playing in the back of his head. That will further lead him to destroy Titans as brutally as he can.

All the main cast will reprise their roles in the next run of Titans. These include Brenton Thwaites

Besides them, Mad Men alum Vincent Kartheiser will play Dr. Jonathan Crane / Scarecrow. However, the Prince of Panic seems to lock in Arkham Asylum. But it doesn’t feel like he’ll be there for long. Now moving to Gotham means we will see more Bat-family members. Because Savannah Welch has joined as former Batgirl who turned into Gotham City Police Commissioner Barbara Gordan, will reunite with Dick Grayson.

It seems Blackfire and Starfire will have a sisterly battle as both the princess of Tamaran are seen in the new suit. Back in February 2021, DC revealed Blackfire’s new outfit, which mainly focused on royal purple. On the contrary, Starfire will appear in classic purple-and-orange attire. Now it seems Starfire can fit better with her fellow Titans, as she finally ditched her fur coat for a comic-inspired super-suit.

Finally, the network dropped the official release date of the third run. Titans Season 3 will air on August 12, 2021, on its new home HBO Max in the US. However, the series returns with a present as three episodes will be available to stream on its debut on HBO Max. After then, new episodes will follow the weekly schedule airing every Thursday.

Unfortunately, the UK release date has yet to announce. But the previous seasons aired in the UK after it finishes broadcasting in the US. So, we can expect Titans Season 3 will air sometime in October 2021 in the UK on Netflix.

Virgin River Season 3: Jack Survived! Did Netflix Renew Season 4? Release Date And More News
Doom At Your Service Season 2: What’s Next For Tak Dong-Kyun and Myul Mang? Everything To Know
To Top