While many fans are still trying to cope with Megan Boone’s departure, The Blacklist Season 9’s behind-the-scenes images and leaked script hints at another fugitive. Well, throughout the prior season, Megan’s Liz is portrayed as a fugitive on the run before leaving the show.

So with another character following Liz’s path- could that mean another departure of a prominent cast member? Further, Diego Klattenhoff’s new look teases a promising storyline. Let’s see!

The Blacklist Season 9: Who Will Be In The Cast?

You’ll be glad to hear that most of the series regulars will return despite the abrupt ending. James Spader as Red Reddington, Harry Lennix as Harold Cooper, and Hisham Tawfiq as Dembe Zuma will return. Laura Sohn as Alina Park, Amir Arison as Aram Mojtabai, and Diego Klattenhoff as Donald Ressler are also returning. Unfortunately, however, the series lead Megan Booner won’t return as Elizabeth Keen as she died in the prior season finale. But indeed, her exit will play a crucial role in crafting the new episodes.

While her absence will undoubtedly affect the fans, Deadline reported that Megan made her mind to leave the show earlier this year. Thus ahead of the eighth season’s premiere, the writer had already mapped a satisfying end to her story arc. So, throughout the prior season, Liz appeared as a fugitive on a mission to bring Red’s true identity in front of the Task Force and later ended up with a brutal realization.

The Blacklist Season 9: How Finale Will Unfold In The Next Run?

While little is known about the season 9 plot, we do know that the upcoming season will pick straight from the finale “Konets,” where the entire crew mourned Liz’s death. However, the recent behind-the-scenes images hint at a possible time jump. Last week, AlyBlacklist- the trusted source for Blacklist behind-the-scenes information- released a new set of photos. Out of them are Diego and Harry’s snap. There Diego looks absolutely different with long hair, a full beard, and casual clothing.

So perhaps, the Task Force has been disbanded after Liz’s death, and Donald is still trying to cope with the loss. However, the picture also teased that probably something has forced them together on which they might need Red’s help. But for Donald, things would turn out as a huge mess as he appears to be escaping with bruises all over his face. So there’s a high possibility that he could go rogue to take his revenge.

Meanwhile, the leaked script shared by José Luis Useche teased the title of an episode. It will be “The Skinner,” where Cooper goes to Cuba in search of Red. Further, the actor also shared his image with David Zayas and Lennix with the caption that The Blacklist is just the beginning of his participation. Although it didn’t give much detail regarding the plot, yet we can expect to see manhunt in season 9.

The Blacklist Season 9 won’t take much time to explore the biggest cliffhanger of all time and how the writers will fill the void left by Megan Boone. Season 9 will air on Thursday, October 21, at 8 pm only on NBC. So far, The Blacklist had been the pearl amongst the Wednesday shows. However, the new episodes will now drop on Thursday nights following a 40-45 minute runtime. Further, fans can also catch season 9 on Hulu. While Netflix subscribers have to wait for a little while as The Blacklist Season 8 will start airing in the US on October 6, 2021. 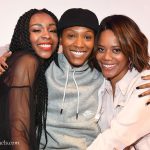