With Season 5 all set to conclude after one more episode, the CW has planned to premiere Riverdale Season 6 pretty soon than expected. So it is thrilling news for the fans that the upcoming season will follow season 5 in no time. Earlier this month, show’s creator Roberto Aguirre-Sacasa announced the commencement of production for season 6 on Instagram. He also teased that the upcoming season would be the most dramatic yet.

Although looking at the drama and the mystery we are currently seeing in season 5, it seems tricky to predict what more jaw-dropping moments we are about to see when Riverdale season 6 arrives. For now, here is everything to know about the following season.

Riverdale is a teen drama TV series featuring the enthusiasm and glamor of the younger generation on their high school journey. However, things get complicated when mysteries about the town and people uncover throughout the series. The show is based on the characters of Archie Comics and is produced by Warner Bros.

Earlier last month, Riverdale’s writers shared the latest poster of season 6. He also announced that the production for season 6 has begun. Season 5 has already cranked up the heat as the show moving seven years ahead in time. Further, we have already witnessed a freeway killer, people going missing, mysteries unraveling, and much more that we are about to see at the end of season 5. In season 6, we will see an ultimate battle between Good and Evil, as teased by the caption of the poster release.

The CW renewed Riverdale for season 6 in February 2021. Meanwhile, season 5 is all set to conclude on October 6. However, the production for season 6 has already kickstarted on August 30. Hence, we will see the sixth season returning at the usual fall timeline just a month after season 5 finishes. Meanwhile, the production is set to conclude on June 1, 2022.

What Will Happen In Riverdale Season 6?

With things getting really dramatic all while season 5, the show’s creator has teased an even bigger mystery for Riverdale Season 6. Moreover, we will continue to see the grown-up versions of our favorite characters. However, not much about the plot for season 6 has been revealed by the creators yet. Although we might have a fair idea of what is about to come in Riverdale Season 6, when the fifth installment concludes on October 6.

Season 6 is scheduled to premiere a month after the current season finishes airing. Further, it will be exciting for the fans to see the show at the usual timeline close to October. Riverdale Season 6 is set to release on November 16, at 9/8c exclusively on The CW, following The Flash Season 8. Meanwhile, Season 5 is not available on Netflix yet, which arrives a week after the final episode airs on the network. Hence, we can expect season 6 to come to Netflix by June 2022. So, stay tuned for more exciting updates, and don’t miss out on the latest season of Riverdale. 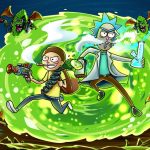 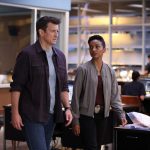