DC’s adult animated superhero series Harley Quinn Season 3 is coming for its fans soon. Harley Quinn’s production team has recently revealed the first teaser video of the series. The third season of the series was renewed in September 2020, and fans have been waiting since then to see the infamous character Harley’s return. So finally, we have the first look at season 3, where we get a brief idea of what is to come ahead.

Harley Quinn has received an impressive overall rating of 8.5 on IMDb and 94% on Rotten Tomatoes for its first two seasons. It first aired on DC’s streaming platform. However, the series shifted to HBO Max after the platform transitioned to scripted originals in 2020. Thus, season 3 will debut on HBO Max. Meanwhile, the latest footage was released at the DC’s Famdome event, showcasing the characters in Harley Quinn Season 3. So, keep reading on to know all the details, including the release date of the upcoming season.

The animation team of the superhero series is burning the midnight oil to finish the works on season 3. The production team uploaded the first teaser video of Harley and the few upcoming characters on the show’s official Twitter account on Sunday. The teaser video also set the release timeline for the next season. The first footage shows Ivy and Harley excited about the “EAT, BANG, KILL Tour” of Gotham City. The duo will be seen together in the next season as love birds after Ivy decided to break off her wedding with Kiteman in the last season.

Who Will Be In The Cast For Next Season?

As the caption of the video teased, animation takes forever to finish. So, while the production concludes giving a final look to the next season, let us see who will be cast in Harley Quinn Season 3. In the upcoming season, Kaley Cuoco and Lake Bell will return to provide voices to Harley and Poison Ivy, respectively.

Moreover, Tony Hale as Doctor Psycho, Alan Tudyk as the Joker & Clayface, J.B. Smoove as Frank the plant, Briana Cuoco as Batgirl, and Christopher Meloni as Jim Gordon will also return. In addition, Diedrich Bader as Batman, Giancarlo Esposito as Lex Luthor, Alfred Molina as Mr. Freeze, and Sanaa Lathan as Catwoman will feature in season 3. Also, some more interesting characters will be voiced by other stars.

The latest teaser revealed that Harley Quinn Season 3 would debut on HBO Max sometime in 2020. However, a release date for season 3 has not been announced yet. But, fans can expect the series to return in the first half of 2022. Also, the first two seasons of Harley Quinn are available to stream on HBO Max. So, stay tuned for more updates on Harley Quinn. 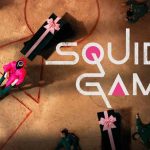 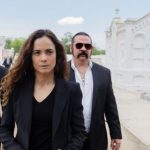