While Teresa Mendoza finally succeeded in building her drug empire, the creators hint at the loose ends that might play out in Queen Of The South Season 6. Well, the series saw Teresa’s highs and lows and her struggle to achieve the drug kingpin tag. But the last season’s epic finale appeared as the perfect closure of her journey. However, the showrunners teased that they purposely left some loose ends to continue her journey ahead in the season or as a spinoff.

Based on La Reina del Sur, the series revolves around Teresa, who falls in love with a drug cartel member. But after the murder of her boyfriend, she was forced to flee from that place. The poor woman later joined the drug ring and leveled up after taking down the drug ring leader. But in her journey, Teresa made several foes, and Devon Finch was amongst them. So now, let’s see whether Teresa will take Devon down.

Queen Of The South Season 6: Is It Happening?

Back in August 2019, the network ordered fresh episodes for Queen Of The South Season 5. However, when the fifth season finally went into production, the COVID-pandemic halted their plans. While everyone was hoping that pandemic only put a hold on production, the network later announced it would end this show. Back in April 2021, the network revealed that season 5 would mark the show’s final season.

However, it came out as a huge surprise for fans who were looking forward to more seasons. But there’s no need to blame the ongoing pandemic, as the series ranking has been descending season after season. Therefore, further deeming the cost required in the making process appears as the best decision to end the show. As the fifth season received 0.69 million views less, which was less than the fourth season that gained 0.99 million views.

But Teresa Survived! So, Will She Return?

The fifth season dropped several bombshells, including Teresa’s death. But fortunately, she survived, and her cartel members too. Despite surviving and running the life she dreamed of, Teresa star Alice Braga told Forbes that she is happy to complete her story. It feels like an honor to come this far, added Alice. It has become a big part of her life, and she will miss Teresa. Further, she hinted that there are so many lessons to learn from her, although she was running a drug cartel. Well, considering Alice’s words, it seems season 6 might not return.

Queen Of The South Season 6: Boss Hints At Possibilities

Although season 5 appears as the perfect conclusion of the series, the showrunners hinted that they left a significant loose end, and it’s Devon Finch. The showrunners Dailyn Rodriguez and Ben Lobato said they left Devon alive for some purpose. Speaking with Deadline, Ben and Dailyn revealed that the writers had already written his end. If they have gone with the story-wise, Devon got a red flag in a couple of scenes. As per the script, “Teresa image captures in the surveillance, and when Devon’s looking at the file, he hears someone’s footsteps. But when he turns, James shoots him.”

However, they removed the scene to make the series alive. Further, Ben said that they wanted to end the series in Marbella, Spain. But due to the global pandemic, it couldn’t happen. However, Ben added that if they get a chance to get her to Marbella, then indeed they will follow the same path as in the La Reina del Sur novel. Thus, there’s still some ray of hope that Queen Of The South could return for the sixth season. 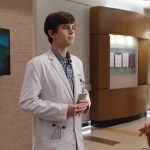 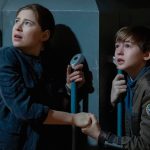